Sadly, I’ve written about allegations of witness-tampering before. It is an awful and unethical thing, and it undermines the ability of a litigant to get a fair trial. Beyond that, it calls into question the legitimacy of our entire legal system. 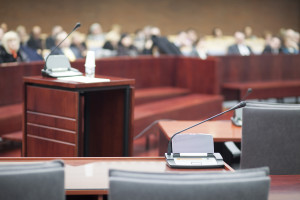 In the world of product liability cases, allegations of witness-tampering are much less dramatic, but witness-tampering any case can have devastating effects. If a key witness changes his or her testimony, the case can be lost for the litigant who relied on the original evidence.

This month in a trial over the dangers of the blood-thinning drug Xarelto, the plaintiff’s team has made allegations of possible witness-tampering involving a treating doctor and a sales representative for Janssen Pharmaceuticals, the company that markets and sells Xarelto. 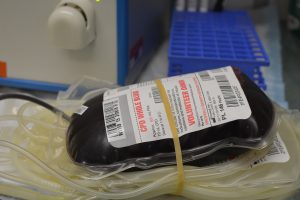 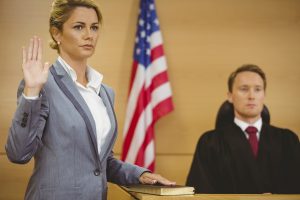 It may be easiest to take a look at a timeline:

June 2014.  Ms. Hartman is hospitalized for uncontrolled internal bleeding. In the medical records, according to news reports, Dr. Aldridge notes that the gastrointestinal bleeding was “complicated” by the drug “Xarelto.”

March 2017. Janssen sales representative visits Dr. Aldridge. Janssen and J&J did not disclose this visit until a few weeks before the trial began in November 2017.

April 2017. The deposition of Dr. James Aldridge is taken. In this deposition Aldridge reportedly testifies that he could not say whether Xarelto contributed to Ms. Hartman’s internal bleeding.

October 2017. For the first time, Defendants disclose that the Janssen sales rep visited Dr. Aldridge before his deposition was taken. I have found no reason why Defendants waited so long to disclose this information.

November 6, 2017. Ms. Hartman’s Xarelto trial begins in Philadelphia. The plaintiff’s team notifies the judge of the sales rep’s visit to Aldridge and requests to take the sales rep’s deposition in the middle of trial.

November 8, 2017. Judge Michael Erdos, presiding over the trial, grants plaintiff’s request to conduct the deposition. The deposition is taken later that week.

An allegation of witness-tampering does not equal witness-tampering. This story may be smoke and no fire. So far, the only thing that can be said is that defendants were too slow in disclosing the visit between the sales rep and testifying treating physician, which naturally sent up a red flag. When Dr. Aldridge testifies next week, the judge will be listening carefully for evidence that the sales rep discussed the doctor’s testimony prior to the taking of his deposition in April 2017.

I will keep you posted on this testimony, and I will let you know how the Xarelto trial turns out. If you have taken Xarelto and suffered internal bleeding, give me a call to discuss further.