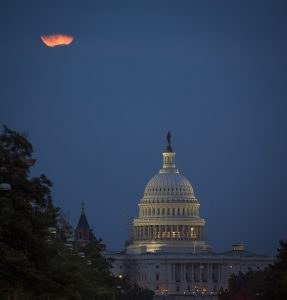 If you’ve kept up with politics even a little bit, you know how much gridlock exists in Congress. It’s amazing that anything can get done in Washington. However, a new law called the 21st Century Cures Act just passed with tremendous bipartisan support; this law must be really good, right?

The 21st Century Cures Act has the potential to save lives. For instance, it will provide funding for cancer research, fight painkiller drug abuse, advance Alzheimer’s research and improve mental health treatments.

Specifically, the new law provides $4.8 billion in funding for the National Institutes of Health, $1.6 billion for brain disease research and $1 billion in grants to help states tackle opioid abuse.

Another touted benefit of this new law are provisions requiring the Food and Drug Administration (FDA) to speed up the approval process for medical treatments so patients can get them sooner.

The biggest potential problem with the 21st Century Cures Act is that new medical treatments might receive FDA approval on an expedited schedule. While this sounds great in theory, patients should be extremely wary because drugs and medical devices available for treatment may not have been thoroughly tested for safety and effectiveness. To explain why this may be the case, let’s give a brief background of the FDA and how clinical trials work.

The FDA and Clinical Trials

Before the FDA, companies could sell products with almost any claim they wanted, without having to prove their product actually worked or was safe. Today, one of the FDA’s jobs is to ensure that medical treatments work as claimed and do so in a safe manner. In order to do this, clinical trials are necessary.

Clinical trials usually exist in three phases, with the first phase involving a small number of test subjects to figure out dosing and make sure there aren’t any really bad side effects.

Phase two includes more test subjects and the medical treatment is actually tested to see if it works. Assuming it works with manageable complications, the clinical trial advances to phase three.

Phase three includes an even larger number of test subjects, usually numbering in the thousands. At this stage, the medical treatment is further tested to make sure it works, especially in comparison to similar treatments already available on the market. Most importantly, phase three trials look for complications and side effects.

Phases two and three are the most important because they ensure the effectiveness and safety of a medical treatment. Because of their importance, special testing procedures must be followed for a multitude of reasons, including looking out for the placebo effect.

Monitoring the placebo effect is very important for determining if a medical treatment works or not. When using a placebo, researchers can make sure test subjects who feel better are feeling better because the treatment actually works, not because they think it works.

The 21st Century Cures Act is designed to bypass some of these special testing procedures and clinical trial phases. The legislation directs the F.D.A. to consider the “least burdensome” means of demonstrating their safety. For example, under the new rules, clinical trials don’t have to have as many test subjects. Additionally, when determining if a medical treatment works or has any side effects, the FDA can rely on “real world evidence” instead of strictly controlled clinical test results.  In some instances, this “real world evidence” will basically amount to patient testimonials. This is not the scientific process necessary to make sure medical treatments work and are safe.

What Does This All Mean?

To put things simply, it means medical treatments will become available more quickly, but without proper testing. Some might think speeding up the approval process is a good thing, since all those clinical trials and studies aren’t really necessary. You would be wrong.

Ever heard of Essure? It is a contraceptive device for women that is now known to have serious complications, such as severe pelvic pain, device disintegration and puncturing of Fallopian tubes. And it turns out that it was approved by the FDA using a special fast-track review process. You can look through my site to find many flawed medical devices that were approved pursuant to the fast-track 510(k) process.

Perhaps the benefits of getting medical treatments to market faster will outweigh the reduced testing and oversight by the FDA. I hope so. But additional injuries are very possible, so patients need to be extra cautious with these new lower testing standards.