Welcome to Failed Hips and Harmful Drugs. No, this is not a bad country song or a chapter from a Hunter S. Thompson novel.  It’s actually quite serious:  a website dedicated to providing timely information on failed medical devices and harmful prescription drugs.  I hope you find it helpful.

A dozen years ago I got a call from a woman who had undergone total hip replacement surgery.  She had put off the surgery for years, and for obvious reasons:  hip replacement surgery is one of the most invasive, painful surgeries a person can endure.  But her osteoarthritis was causing increasing pain and discomfort, and she finally, reluctantly, moved forward with the surgery.

The rehabilitation was a challenge–as they all are with these surgeries–but she steadily improved and after a few months of physical therapy, she began to feel better than she did before the surgery.  She began to have hope.

But then something went wrong.  Pain returned, a different pain.  Then the pain got worse, then it became excruciating.  Her hip would suddenly lock in such a way that she could not move her leg or hip.

She was prescribed Vicodin for the pain.  She took other over-the-counter medication.  She tried just about anything to numb the pain and the fear and the anxiety.

She had to sleep with her feet elevated.  She feared her hip would lock up while she was alone and she would be stranded.  She used a walker to avoid sudden falls.  Her condition was much worse than it was before the implant surgery.  That is to say, the osteoarthritis was less painful than her condition after the hip replacement surgery.

Her surgeon eventually determined that the artificial hip component, specifically the “acetabular cup” was loose and not permanently seated in the hip cavity (the acetabulum).  The cup is supposed to sit without moving in the hip.

After more than a year of misery, she had a “revision surgery” to remove the failed cup.  Fortunately for my client, the revision surgery was a success.

She hired me to represent her against the manufacturer of the failed hip components.  Since then I have helped many others who have had traumatic experiences following a failed hip replacement surgery.

It has been rewarding for me to help each of these people through a very difficult time.  It continues to be. 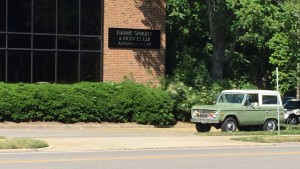 So this is why this site is here: to help people find the information they need when faced with a failed hip or failed hernia mesh or a harmful prescription medication.  I hope it may help you.

Note:  This post is not intended to reflect any specific person.  Certain details have been altered.