I have written about the maddening ways a product liability case can go on (seemingly) forever. An injured person may wait years to get to a jury trial. And then, if the individual wins the trial and the jury awards a substantial amount of money for the plaintiff’s injuries, the product manufacturer will appeal. You can read about appeals here. But the appellate courts are not there solely to protect big business. When the injured person loses her jury trial, she also has the opportunity to appeal. Often this is more difficult for the individual than it is for the large corporation, which has much more money and time, but appeals courts are there, in theory, for all of us, the powerful and the less-powerful. A week ago, an injured woman won her appeal and was granted a second opportunity to try her transvaginal mesh (TVM) case against Boston Scientific Corporation, which she had lost in 2014.

Boston Scientific’s Pinnacle Pelvic Floor Repair Kit transvaginal mesh was implanted in Diane Albright in 2010 to treat her pelvic organ prolapse (POP). Rather than make her well, the TVM caused her many other problems and serious injuries. In 2012 Ms. Albright sued Boston Scientific Corporation in Massachusetts over its failure to warn of the risks of the Pinnacle mesh product, as well as the defective design of the mesh.

What Happened at Trial?

After three weeks of trial in 2014, the jury returned a verdict in favor of Boston Scientific, effectively concluding that Boston Scientific’s warnings were not inadequate, and that the Pinnacle transvaginal mesh was not defectively designed. Importantly, the trial judge did not allow Ms. Albright’s legal team to present evidence of a “material safety data sheet,” along with FDA letters discussing the fast-tracked approval of the Pinnacle transvaginal mesh. It was this decision by the trial judge which prompted Ms. Albright to appeal to jury verdict.

What Did the Appeals Court Say? 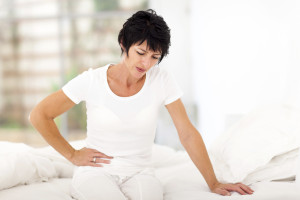 On September 13, 2016, the Massachusetts Appeals Court agreed with Ms. Albright, holding that the trial judge should have permitted Ms. Albright to introduce this key evidence. The material data sheet contained information that polypropylene, which Boston Scientific used to manufacture the Pinnacle TVM, was not healthy for permanent implantation in women. The appeals court wrote in its opinion: “the jury did not have the complete picture of the information bearing on the safety of the Pinnacle device that BSC knew of  . . . or should have known about.”

The appeals court also held that the trial court should have allowed the introduction of the letters from the FDA demanding that Boston Scientific conduct a post-market surveillance study of the Pinnacle TVM. The Massachusetts Appeals Court then remanded the case to the trial court for a new trial with the instructions permitting introduction of the excluded evidence. You can read the full appellate opinion here.

It is important to understand that the Pinnacle transvaginal mesh was “approved” for sale to consumers under the fast-track 510(k) process. I have written often about this streamlined procedure for getting products to markets, and you can read more about 510(k) here. My general view is that 510(k) has caused many problems, and that companies in some cases have used the 510(k) clearance procedure to rush products to markets.

So What Happens Now?

Ms. Albright has won a new trial. This doesn’t mean the two sides will pick a new jury on Monday. It can take months to get back on a trial calendar. Still, it is a big victory for Ms. Albright and for all women injured by Boston Scientific’s transvaginal mesh. With the introduction of the new evidence, Ms. Albright could win this second trial.