Invokana is a drug prescribed to treat people with Type 2 diabetes. The medication lowers blood sugar levels by preventing the kidneys from reabsorbing blood glucose. I’ve written often about Invokana and the studies that have identified problems with the drug, which you can read about here. I thought it may be useful to give you a history of key dates in the life-cycle of the drug, from its market release through the latest developments in the multidistrict litigation, where currently 1,000 lawsuits have been filed.

May 31, 2012. On this date Janssen Pharmaceuticals, a drug company owned by Johnson & Johnson, submitted an application to the FDA for approval of Invokana.

May 15, 2015. The FDA issues its first warning about possible injury from taking Invokana. The FDA announces that the drug can cause ketoacidosis, which occurs when a person’s body produces high levels of acids called ketones. Ketoacidosis can cause extreme thirst, nausea, pain, weakness, and other conditions. It is considered a serious condition.

September 10, 2015. The FDA issues new warnings regarding Invokana. In this warning, the FDA states that decreased bone density and bone fractures have been reported by some patients taking the medication.

October 2015. The first lawsuit against Janssen and J&J is filed over injuries caused by taking Invokana. The plaintiff alleges that the drug caused her to develop ketoacidosis. The case is filed in California. Many lawsuits will follow.

December 14, 2015. Yet another safety communication is announced by the FDA. This time, the FDA warns about the public the potential for elevated blood acid levels and urinary tract infections in patients who take Invokana.

December 7, 2016. The JPML designates a multidistrict litigation (MDL) site for plaintiffs suing the makers of Invokana. The venue is the federal court in New Jersey, with Judge Brian Martinotti presiding. I have written quite a lot about MDLs on this site, but for now, just know that MDLs permit hundreds or thousands of plaintiffs to have their cases managed in one court through the initial stages of litigation. If a settlement is not reached, eventually each individual case is transferred to the district court in the state where it should have originally been filed. Please note: multidistrict litigation is not a class action lawsuit. Each MDL case is ultimately handled individually, on its own merits. The MDL is used simply to consolidate litigation work on discovery and certain key motions before the cases are returned to their home districts for trial.

January-December 2016. Janssen and J&J earn approximately one billion dollars on the sale of Invokana in 2016. 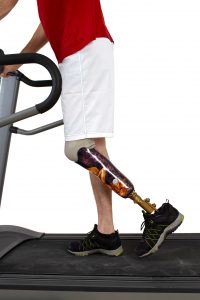 May 16, 2017. The FDA warns about a higher risk for leg and foot and toe amputations associated with the use of Invokana. The FDA orders that Invokana’s “boxed warning,” which is the highly visible warning on the label inside a black box or border, should include language about the increased risk for amputations.

August 31, 2017. On this date the FDA releases its latest assessment of injuries from patients taking Invokana. On its “FAERS” website, which stands for FDA Adverse Events Reporting System, the FDA notes that 14,072 “adverse events” have been reported since the drug was first sold in 2013. Of these, 1,988 were cases of diabetic ketoacidosis, 714 were incidents of urinary tract infections, 641 were kidney injuries, 594 were kidney failure, 58 were toe amputations, and 17 were leg amputations. There have been 169 reported deaths associated with taking Invokana. Keep in mind that the FAERS will not have every adverse event associated with any drug. Some injuries are not reported to the FDA. Still, this site gives you an overview of the kinds of injuries being reported in patients taking Invokana (or any other drug).

Let me say that I think the FDA “FAERS” website is very useful for consumers. If you have concerns about a certain drug, the FAERS site will provide a ton of collected information. I would educate yourself on the prescription drug you may be taking, and then ask your doctor about all the risks in taking the medication. You can access FAERS here.

November 7, 2017. In a Case Management Order in the Invokana MDL, it is reported that 943 cases have been filed through this date.

September 2018. The first Invokana bellwether trial is scheduled. I will keep you posted on on this bellwether case and in MDL 2750.

If you are currently taking Invokana, I would suggest you have a conversation with your doctor about the risks in taking the drug. And if you have been injured by the drug, perhaps in one of the ways discussed above, give me a call to discuss your legal options.