Zofran is an anti-nausea drug. It works to prevent nausea and vomiting by blocking the effects of serotonin, a chemical in the body that triggers nausea and vomiting. The drug was designed to help cancer patients dealing with the side effects of chemotherapy but it was also approved by the FDA for those suffering nausea due to radiation therapy, anesthesia and surgery. Nevertheless, GlaxoSmithKline (GSK) eventually pushed to market and sell Zofran to pregnant women. Women who are pregnant are often plagued by morning sickness, and some can suffer from extreme nausea. The problem is, the FDA never approved the use of Zofran for pregnant women; it’s an “unapproved” use of the drug. Unfortunately, “off-label drug use” is very common. I wrote about off-label drug use and its potential dangers here.

By 2013, 110,000 monthly prescriptions of Zofran were issued to pregnant women. If this were an approved use, we could rest easier, as an approved use means the drug has been thoroughly tested and evaluated, with the determination backed up by “strong scientific data.” For unapproved uses there is none of that. If a drug is approved for any use, a doctor can then use his best judgment to prescribe the drug for any other purpose.

Does Zofran Cause Birth Defects? 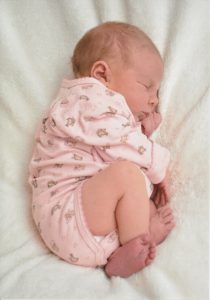 In 2014 a study of Zofran was published by the American Journal of Obstetrics & Gynecology (AJOG). Among other findings, the study noted a two-fold increased risk of heart defects in infants whose mothers used Zofran during their pregnancies, which led to a 30% increased risk of major congenital malformations. Other birth defects potentially caused by the pregnant mother’s use of Zofran include cleft palate and cleft lip, skull deformities, and club foot. The AJOG study also noted that other anti-nausea drugs (doxylamine and pyridoxine) were approved for use in pregnant women, which means they were thoroughly tested for use by pregnant women. So why should pregnant women use Zofran, the study asked.

In 2016 a study published in Reproductive Toxicology indicated that researchers did not see a connection between use of the drug Zofran during pregnancy and birth defects. The study appeared to focus on “extreme morning sickness,” and concluded that extreme morning sickness could be worse for the health of the baby than being exposed to Zofran.

Studies on the connection between Zofran and birth defects are continuing.

Still, many children born to mothers who used Zofran during pregnancy have been born with serious birth defects. Hundreds of these families have filed lawsuits against GSK. So far more than 400 lawsuits have been filed. A multidistrict litigation (MDL) court was established in 2015 in federal court in Massachusetts (In Re: Zofran (Ondansetron) Products Liability Litigation, Case No. 1:15-md-2657). Because thousands of women have been prescribed Zofran during their pregnancies, this number will likely increase dramatically over the next few years.

In April 2017, the judge presiding over the Zofran MDL denied GSK’s motion to dismiss all fraud claims from the litigation. Now fraud is a special kind of claim against a defendant, and it requires careful and detailed allegations in the lawsuit in order to survive a motion to dismiss. In a simple negligence action, for example, a plaintiff can simply lay out basic facts to support negligence (“the driver was negligent when he was speeding along the highway, and the driver’s speed caused the car crash”). But fraud is a different animal: it essentially alleges that the defendant was intentionally deceptive, misleading, or untruthful. Fraud claims are big, and if a plaintiff proves fraud in court, the defendant can be exposed to additional damages, including punitive damages, which can explode a trial verdict.

Because fraud claims can be very expensive and burdensome on defendants, the Rules of Civil Procedure require that plaintiffs “state with particularity the circumstances constituting fraud . . . .” In the Zofran MDL, GSK argued to the Court that the plaintiffs had failed to meet this pleading burden, and therefore that the fraud claims should be dismissed.

Judge Dennis Saylor disagreed, at least with regard to allegations of GSK’s misrepresentations in its Zofran labeling. He ruled in April that plaintiffs had satisfied Rule 9(b) of the Federal Rules of Civil Procedure.

The master complaints, according to Judge Saylor, “allege generally that plaintiffs and their physicians relied on the misrepresentation in the label in prescribing and ingesting Zofran and/or ondansetron. [citations omitted] In this context, at least, that is sufficient. Pharmaceutical product labeling is highly regulated, and its very purpose is to advise prescribing physicians, who may reasonably rely on the representations in such labeling.” Memorandum and Order, pp. 14-15.

So What Does All this Mean?

The fraud claims in the Zofran MDL can move forward against GlaxoSmithKline. This is a big court victory for the 400+ plaintiffs in the litigation. But there is still work to do. If the plaintiffs can win their fraud claims at trial, they stand to recover punitive damages, and these damages are extra damages meant to punish a “bad actor.” Punitive damages are intended to send a signal to a defendant found to have intentionally or recklessly harmed someone else, and these damages are intended to be large enough to change behavior. In a recent Depuy Pinnacle hip trial in Texas, a jury awarded one billion dollars in punitive damages to plaintiffs harmed by the bad actions of Depuy, Inc. A billion dollars can certainly change behavior, even in a huge company like Depuy or GSK.

Despite the plaintiffs’ recent win regarding the fraud claims in the Zofran MDL, GSK will still vigorously defend itself. At this point, GSK refuses to admit Zofran is unsafe. However, more lawsuits will be filed, bellwethers cases will soon be tried, and we will get a better sense of the strength of these cases in the coming months.

If you took Zofran during your pregnancy and your child was born with a birth defect, contact me or another product liability attorney to discuss your potential case against GlaxoSmithKline.