The jury also awarded “compensatory damages” for the six individual plaintiffs. These are damages meant to compensate individuals for actual injuries. The jury awarded $77 million for such actual injuries as pain and suffering, past and future medical expenses, and other damages. This money award will be divided among the six plaintiffs based on an agreement among the parties.

Finally, the jury awarded the four spouses in the bellwether case “loss of consortium” damages of $1.7 million. Loss of consortium is a claim that arises when a spouse or close family member of the person injured by the defendants suffers separate losses, such as a loss of companionship or intimacy.

The jury in this case found DePuy and J&J intentionally misrepresented the product to the surgeons who would go on to implant the defective devices in patients. The jury also found that the defendants fraudulently concealed important information from the plaintiffs and their surgeons. The jury found that DePuy and J&J failed to adequately warn the plaintiffs and their surgeons about the risks involved in using the artificial hip. Finally, the jury found for the plaintiffs with the claims of design defect, manufacturing defect, and several claims of negligence.

It was another big win for the victims of the DePuy Pinnacle artificial hip.

Fourth Bellwether Trial Was Contentious From the Start 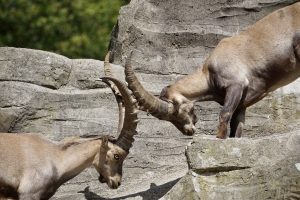 In reviewing the defendants’ writ of mandamus, two of three judges on the Fifth Circuit found that Defendants had not waived their objections. The Fifth Circuit encouraged but did not require that Judge Kinkeade postpone the fourth bellwether trial. Judge Kinkeade decided to move forward with the trial, but this will surely be one ground for appeal by DePuy and J&J.

At the trial Plaintiffs argued that DePuy and J&J rushed the medical device to market, failed to undertake adequate premarket studies, did not provide sufficient warnings about the dangers of the hip implants, and defectively manufactured these MoM artificial hips. Defendants countered that the Pinnacle hip is safe and that the failure rates are in line with industry standards.

Several weeks into trial a startling allegation emerged: that a lawyer for DePuy may have tried to influence the testimony of a surgeon who treated three of the plaintiffs. Dr. David Shein submitted an affidavit on October 14, 2017 stating that a DePuy sales rep was being pressured by DePuy lawyers regarding Dr. Shein’s upcoming trial testimony. Dr. Shein reported that the sales rep said the DePuy lawyers were “on him like crazy” and were putting “big time pressure” on him. According to Dr. Shein’s affdavit, the sales rep stated that “there could be ramifications” for Dr. Shein based on his testimony in the Depuy Pinnacle trial.

Judge Kinkeade ordered an investigation by the FBI and the U.S. Attorneys’ Office. Following a hearing on the issue, Judge Kinkeade denied plaintiffs’ request to introduce the allegation of witness tampering to the jury. The judge decided that there was insufficient evidence that tied DePuy and Johnson & Johnson to the alleged actions of their lawyers. It also appears the DePuy sales rep backed off some of his most alarming comments reflected in the affidavit.

You can read more about the alleged witness tampering here.

On March 17, 2016, in the second bellwether trial, a Texas jury awarded five plaintiffs $502,000,000.00, which included $360 million in punitive damages, for the injuries the plaintiffs sustained after the DePuy Pinnacle failed. The jury concluded that the Pinnacle hip sold by DePuy was defective and that DePuy knew about the flaws but did not warn patients and their doctors of the risks.

I believe it is past time for DePuy and J&J to come to the table and offer to settle the thousands of DePuy Pinnacle cases that remain in this litigation.

If you have a DePuy Pinnacle hip that may have failed and injured you, give me a call today.