One year ago a multidistrict litigation site (MDL 2804) was chosen as the venue for cities, counties, and states to bring civil actions against the makers of opioids. As I wrote about then, the opioid crisis has created huge burdens on states and municipalities. State and local governments have shouldered much of the cost of caring for individuals addicted to opioids. The federal government estimated that, in 2015 alone, 12.5 million people misused prescription opioids, and 33,000 people died from opioid overdose. In 2013, opioid abuse resulted in over $78.5 billion in economic losses. Cities, counties, and states have picked up much of that staggering cost. These government entities in MDL 2804 are fighting back, and many have filed lawsuits against the makers of opioids to recoup the billions of dollars lost in this ongoing crisis.

And while MDL 2804 is critically important, and overdue, other groups of opioid victims do not necessarily “fit” within the concept of an MDL focused on government plaintiffs. Among other victims, huge numbers of infants have been born addicted to opioids. Starting life this way creates layers of physical, mental, and emotional challenges. These children are the ultimate “innocent victims,” and they deserve an MDL court dedicated to ensuring a fair and full opportunity to seek compensation for their injuries.

Last week, a team of lawyers asked the federal judicial panel (JPML) to create a new MDL related to the opioid epidemic, in this instance focused on infants and children who are born addicted to opioids. In their motion before the JPML, the attorneys argued that infants and children present “unique claims” than the lawsuits filed by cities and states in MDL 2804. As such a separate MDL is appropriate. 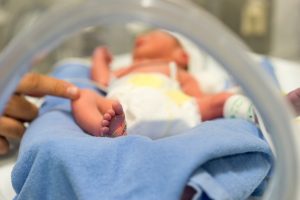 One primary issue facing these newborns addicted to opioids is Neonatal Abstinence Syndrome (NAS), which is a group of conditions affecting an infant born to a mother who was a frequent user of opioids while pregnant. Opioids can pass through the placenta and severely injure the fetus in utero. Once the baby is born, he or she will suffer the effects of opioid withdrawal. Symptoms for newborns with NAS include body shakes, seizures, crying, poor feeding, breathing problems, fever, diarrhea. Needless to say it is a brutal way to start out in life. NAS can cause intellectual, physical, developmental problems for the child. The motion noted that “these innocent young victims risk losing the opportunity to achieve a productive adulthood.

These cases involving children would require extensive discovery in the following areas:

The motion set out heartbreaking statistics related to opioid addiction:

In West Virginia in 2017, 50.6 cases of Neonatal Abstinence Syndrome were identified in newborns for every 1,000 live births (5.06% of all children born in West Virginia).

Between 2008 and 2012, 780 million hydrocodone or oxycodone pills were prescribed in West Virginia, a state of 1.8 million people. That’s 433 pills for every citizen in West Virginia over that five year period.

A decision should come soon, and I will keep you posted.