No Settlement Agreement (Yet) for Recent Revision Surgeries

There has been no “third” settlement agreement. This means that there is currently no procedure in place to settle claims with individuals who received revision surgery after January 31, 2015. I suspect that a third settlement agreement (looking much like the first two) will eventually be established and announced. But as of today there is no agreement by which a person revised after January 31, 2015 can pursue settlement compensation with Depuy and J&J.

Length of Time Between Implant and Revision

The 2013 Settlement Agreement did not explicitly set out a cut-off date for settlement eligibility based on the length of time between implant surgery and revision surgery. In that agreement, to be an “Eligible United States Claimant,” you had to be a U.S. Patient, had implantation of the Depuy ASR, and underwent revision surgery.

So that seems to be a bright line drawn in the sand: If you lived with the Depuy ASR hip in your body for nine years or longer, Depuy and J&J do not seem willing to recognize a compensable injury. (Note: This does not mean you cannot attempt to seek compensation outside the settlement scheme if you had revision beyond the nine-year cut-off. In fact you should. But it does signal that Depuy is not willing to recognize damages in cases where the individual lived with the Depuy ASR hip for nine years or longer.)

Example: if the Depuy ASR hip was implanted in your body on May 12, 2008, you would arguably have until May 11, 2017 to undergo revision surgery to be considered “eligible” for participation in any settlement.

Remember that the official recall of the Depuy ASR artificial hip was August 24, 2010. For the sake of simplicity, let’s presume that no Depuy ASR hips were implanted after the recall date (and this can’t be true, but go with it). In that case, the outermost limit for eligible claims under the settlement agreement would be August 23, 2019. Keep these timelines in mind.

Always Beware the Statute of Limitation 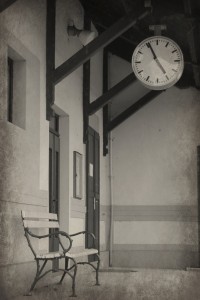