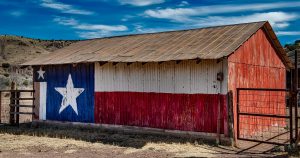 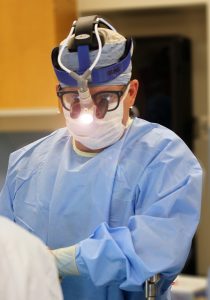 The trial involved six consolidated cases: Andrews, Davis, Metzler, Rodriguez, Standerfer, and Weiser. Each of these plaintiffs lived in California and received the Pinnacle in hip replacement surgeries in California. Because of this California citizenship, the laws of the state of California governed the case, even though the case was being tried in federal court in Texas. Essentially, Texas was chosen as the Pinnacle MDL venue, but in each case that reaches trial, the substantive law of the state where the plaintiff resides is utilized. This is important because California, unlike many states (including Texas and North Carolina), does not have a cap on punitive damages awards.

The trial was hard fought. Opening arguments began on October 3. Along the way, both sides argued their cases aggressively, and spent many days cross-examining the opponent’s expert witnesses. I counted 21 expert witnesses who testified in this bellwether trial. One attempted defense for Depuy was that the surgeons implanted the Pinnacle hip in these plaintiffs incorrectly. Depuy and J&J also asked for a mistrial a few days ago, which Judge Kinkeade in Dallas denied.

After closing arguments, the jury “received” case on November 30, which means it was finally time for the jurors to sit in a conference room and decide whether the plaintiffs had proven their cases, and if so, how much money they were entitled to receive. After just one day of deliberation, the jury delivered its staggering verdict. The jury award totaled $1,041,311,648.17, and included $28,311,648.17 total in personal injury (“compensatory”) damages for the six plaintiffs, and $4,000,000.00 in loss of consortium damages to the four spouses of four of the plaintiffs. Finally, the jury awarded $1,008,000,000.00 in punitive damages total for the plaintiffs, and $1,000,000.00 in punitive damages for four spouses of the plaintiffs.

J&J was also found by jurors to have aided and abetted with DePuy, concluding that the defendant knowingly gave “substantial assistance or encouragement” of the negligence of DePuy that ultimately caused injury to the plaintiffs under claims of negligence, failure to warn, failure to recall, negligent misrepresentation, intentional misrepresentation, and fraudulent concealment.

Plaintiffs won every claim except one. The jury found that J&J did not conspire with Depuy to commit negligence as to the design of the implant.

As I said, it was a staggering win for the plaintiffs, and by extension, the thousands of other victims still waiting in the Pinnacle MDL.

Remember that California has no statutory cap on punitive damages. In the second bellwether trial, Judge Kinkeade invoked Texas law to reduce the total jury award by $350 million, which you can read about here. But Judge Kinkeade can’t do that with this latest award, as California law does not authorize courts to invade the province of the jury. Thus, the one billion dollar verdict should stand. Again, staggering.

Do You Have a Depuy Pinnacle Hip Implant?

The Depuy Pinnacle Hip was originally designed to replace your natural bone “ball-and-socket” with artificial ball-and-socket parts. The Pinnacle was supposed to provide more range of motion and to be more useful to an active group of patients undergoing hip replacement surgery. The Pinnacle system was supposed to give surgeons different options in the materials to be used for the hip replacement: metal-on-metal, or ceramic-on-metal, or other combinations. One of the major complaints against the Pinnacle is that the metal components grind and release metal particles into the body and blood of the patient, often leading to extremely high metals levels. 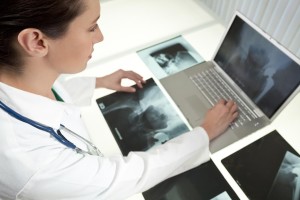 The Pinnacle Hip was first sold in 2000. Depuy stopped manufacturing and selling the device in 2013. But it can take years for serious trouble to occur with a failed Pinnacle hip, which means many people are still out there with failing devices that don’t yet know the device is failing. Quick example: you receive the Pinnacle hip in surgery in late 2012 or early 2013, prior to the device being taken out of the marketplace. Your hip feels OK in the first few years, but in 2016 you begin to feel a new discomfort. The pain gets worse over time. Then after a routine blood test, your doctor tells you that your metals levels are 12 parts per billion, which is very high and not healthy. Turns out you are developing metallosis from the metal particles leaching into your body. Your doctor recommends revision surgery in January 2017. In that case, you should qualify for participation in the Depuy Pinnacle MDL.

Like the Depuy ASR hip, the Depuy Pinnacle hip bypassed the normal pre-market testing for a new medical product through a process known as “510(k).” This process allows a manufacturer to notify the Food and Drug Administration under section 510(k) of the Medical Device Amendments Act of 1976 of its intent to market a device (like an artificial hip) and to explain the device’s “substantial equivalence” to a pre-MDA device. The FDA may then approve the new device for sale in the United States, which it did for the Depuy ASR and Pinnacle, and which I believe is a significant reason for all the injuries and suffering related to failed medical devices.