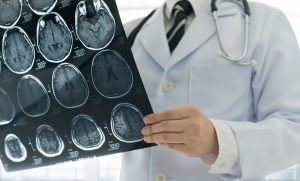 I’ve been representing people injured by defective medical devices and harm drugs for many years. Because I study these types of products on a daily basis, I have become leery about putting anything inside my body, whether it is an artificial joint like a hip or knee, or a prescription medication. As I often tell people–mostly joking but not completely–these days I am uncomfortable taking a baby aspirin.

Of course that’s not rational. Please hear me: there are important, helpful drugs and medical devices which improve lives, extend lives, and save lives. Paranoia is not your friend when you are facing a serious health issue. That said, it is always prudent to double check anything put into your body when a medical procedure is performed. Read about the product, get a second or third opinion.

In the past few years studies have identified troubling health problems in patients following the administration of gadolinium-based contrast agents (GBCAs) used during MRIs. Some people have gotten debilitating symptoms from these GBCAs. Let’s take a look:

What is an MRI? 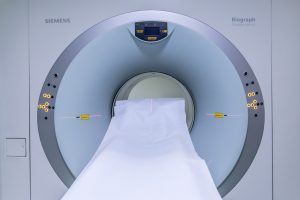 MRI is the acronym for magnetic resonance imaging. It is an advanced medical imaging system used to produce detailed images of the inside of a person’s body. MRIs use powerful magnets and radio waves to generate specific images of organs and other parts of the body. MRIs are very effective at producing detailed images, which greatly assist radiologists and physicians in diagnosing illness or injury. For example, an MRI of the heart can detect heart disease or a blockage, and an MRI of the brain can diagnose brain injury, multiple sclerosis, cancer, and other conditions. Unlike X-rays, an MRI does not use radiation. The MRI has been a revolutionary diagnostic tool in medicine.

In some MRIs, your doctor may order a “contrast agent” to be injected into your body to produce more detailed images.

What is a GBCA?

GBCA is gadolinium-based contrast agent. Gadolinium is a chemical agent that is injected through a vein into the body in some MRIs. It serves as a kind of dye which enhances the quality of the images obtained from the MRI. These GBCAs allow radiologists to see more clearly the tumor in the lung, or the brain for signs of concussion, or many other health issues. Once the MRI images are obtained utilizing GBCAs, the gadolinium is supposed to exit the body through the kidneys. Initially radiologists stated that over 90% of gadolinium is released through the urine in the first 24 hours after injection.

So What is the Problem with GBCAs?

This is the concern: research has shown that gadolinium can be retained in tissue, bone, and the brain. In fact, it is now understood that significant amounts of gadolinium can remain in the body and tissue of patients for months or even years. This doesn’t always happen, but when it does it can cause hurt a person’s health. Let’s look at two diseases caused by GBCA retention:

By the way, there are two types of GBCAS: linear GBCAs and macrocyclic GBCAs. This gets really scientific and complex, but these distinctions are based on the molecular structure of the GBCAs. Linear GBCAs have elongated molecular “ligand” (an ion bonded to a metal atom), while macrocyclic agents have a structure resembling a cage. The reason I mention this is because the FDA has reported that linear GBCAs may produce more gadolinium retention in the body than do macrocyclic GBCAs. But I don’t think the science has resolved this issue, and in any event this does not mean that macrocyclic GBCAs are safe or even safer than linear GBCAs. If you are heading toward a contrast MRI, do your homework.

There are several brand-name gadolinium products on the market, including:

The FDA has issued an order requiring that all gadolinium-based contrast agents (GBCAs) include a warning that gadolinium can be retained in the body after contrast MRIs. For more information, check out the FDA website on GBCAs. The bottom line: be aware of data showing gadolinium retention in the body from GBCAs. Retained gadolinium in the body is not a good thing. And for many people, the suffering is very real and very serious.