I have written about the LFIT V40 femoral head product failure several times in the past. Problems with the hip component began several years ago. On August 29, 2016, Stryker announced a recall for the LFIT V40 head. The recall focused solely on the femoral head, which is the “ball” part of the hip replacement. This femoral head fits inside the “cup” and is also attached to the “stem” (which is connected to the femur, or thigh bone).

The recall involved LFIT V40 heads manufactured before 2011 with the following catalog numbers and sizes: 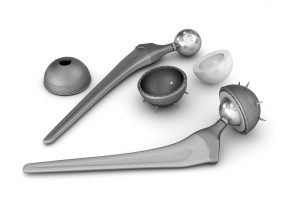 The failure of the Stryker LFIT V40 involved the junction of the neck of the femoral stem and the femoral head or ball. This connection was intended to be permanently secured through a taper lock system, holding the stem securely to the ball. However, in many cases the LFIT V40 femoral head began to corrode, which means to disintegrate and lose metal. The corrosion occurred at the site of the connection to the neck (the taper lock). This corrosion in the head would progress slowly, but over time the corrosion would cause the taper lock to loosen. Eventually, the neck would corrode as well, and once the neck began to corrode the breakdown of the artificial hip would advance more quickly. One study found that the loosening would cause fretting and micro-motion at the taper lock site, and this friction would cause metals to be released into body. Thus, the Stryker metal-on-polyethylene (MoP) artificial hip resulted in patients suffering from metallosis, just like so many other patients who received metal-on-metal (MoM) artificial hips.

Keep in mind that the corrosion in the LFIT V40 can be slow. This means you may not know the Stryker hip is failing and releasing cobalt and chromium into the body for years. By then, the neck may have begun to corrode, and when that happens the femoral stem may need to be removed and replaced, which can be a very difficult surgery. The femoral stem is implanted down the center of the femur bone, and when it sets it is usually there permanently. Removing the femoral stem is difficult and painful.

Check back here for updates on the Stryker LFIT V40 femoral head settlement. And if you believe you have a failed artificial hip in your body, call me to discuss: 919.546.8788.