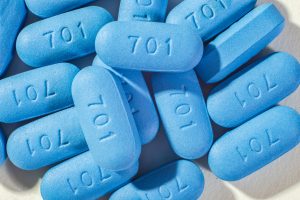 Clay: So Descovy may be seen as the medication that’s really replacing Truvada. And hopefully informed doctors will now be making that transition to Descovy. Is that right?

Whitney: Yeah. So I think what we’ve seen is that a lot of folks and the biggest chunk of the market has moved to the TAF iteration, and there are certainly a large number of patients who have been switched over to Descovy. And I think prescribers are using that more widely now.

Clay: So speaking of doctors and how they’re informed, it’s my understanding that Gilead promoted these TDF medications for years and often told doctors in the United States that there were no toxicities or very few, and let me say, based on what I read, they gave more dire warnings in Europe than they did in United States. Is that your understanding?

Whitney: We talked a lot about the warning labels that accompany prescription medications. And one of the things that we’ve seen is that for years, the warning labels in Canada and the European Union countries were much much stronger. They disclosed a much more closer relationship, basically between the TDF medication and then nephrotoxicity, and even some bone issues which we haven’t touched on a lot today but is another one of the injuries that we believe the TDF class of drugs could cause. So yes, you’re exactly right, Clay. There were stronger labels in other parts of the world, and not in the US. So a patient in EU country might receive Truvada and they might get a lot more information about the possible side effects, whereas a patient in the US wouldn’t have been given those same kind of warnings. And that’s really the crux of a lot of this, right? I mean, years ago, direct to consumer advertising in pharmaceuticals wasn’t a thing. That’s been in the last 20 or 30 years. So, it’s my view that if pharmaceutical companies are going to be able to market directly and advertise directly to patients, then they should disclose all of the risks that could happen and they should disclose the risks that are more likely to happen. It’s not the laundry list of X, Y, and Z. If there’s a significant or an increased risk of something as serious as kidney failure happening, then a patient needs that information so that they can decide with their doctor if it’s worth the risk.

Clay: I think that’s exactly right. That’s maybe the best point of all. The tragedy, especially when a patient is dealing with such a scary diagnosis as HIV, is that he and his doctor might not know the full extent of the side effects and the potential long-term problem that’s outside of HIV or AIDS.

Clay: So we’ve talking about TDF and Tenofovir and the potential injuries that it can cause patients, and we’ve talked about how the studies indicate that it can be toxic to kidneys and damage kidneys and cause kidney failure. You mentioned the bones, so tell me about what you know about bone injuries. 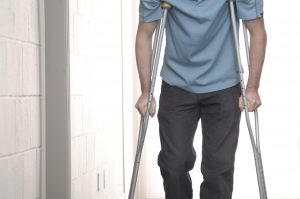 Whitney: It’s interesting and it’s something we’re still learning a lot about. But another one of these issues or side effects we’ve seen from TDF/tenofovir is causing stress fractures or fractures in various parts of the body. So rib fractures from non-traumatic events, femoral fracture, so somebody might get a fracture in the portion of their leg that’s above their knee, and again, not falling down, not getting in a tragic event. It’s an overall decrease in their bone mineral density that then can lead to osteoporosis or osteopenia and then make them more likely for some of these fractures to occur.

Clay: So we’ve got this tenofovir drug, it’s been out there for a while, and even though it’s cycling out of the marketplace for 15 years, thousands of people took the drug, and now we’ve got people that are injured. Kidney damage, kidney failure, bone injuries. So litigation has followed.

Whitney: We represent a couple thousand individual plaintiffs in tenofovir lawsuits that have been filed in Federal Court in the Northern District of California. That’s where Gilead’s home office in the US is located.

Clay: So is that at the multidistrict litigation site?

Whitney: Yeah. So technically, it’s not been designated MDL yet, but it’s a consolidated litigation. That’s in federal court. We’re working that up. We represent a bunch of individual plaintiffs who have had these injuries occur. And then we’re moving forward with those cases. There’s also a consolidated litigation in state court in California. That’s kind of referred to as the JCCP litigation. So that’s in state court in California as well. And those cases are being worked up against Gilead, kind of on a different schedule, but the same general idea as what we’re doing.

Clay: And just so everybody understands, you’re not representing folks in a class action? These are consolidated individual cases with individual claims.

Whitney: That’s absolutely right, Clay. We’re representing individuals. What often happens is, I’m sure folks know from listening to you, is where you have a bunch of people who have been injured by a medication instead of trying to recreate the wheel two thousand times in different venues across the country, it makes sense to have all those folks consolidated in front of one judge so that your discovery rulings, getting document production, getting evidentiary rulings, all of that can be consistent. And then also each plaintiff isn’t having to take on the burden of fighting against a corporate behemoth like Gilead Sciences. So, this way is the best of both worlds. You get the efficiency of the consistent pre-trial rulings and evidentiary rulings, but it’s still everyone’s individual lawsuit and they’re not bound with other folks who may have different injuries and different claims. The individual folks who have been injured by the medications are still in charge of their own cases, but we’re working them up together for at least some of this initial stuff.

Clay: Got you. Well, I appreciate you explaining that because a lot of times I get calls, and I’m sure you do too, they talk about class actions and they sometimes worry about that. They don’t want to be just another widget in a massive class action. And that’s not the case in this litigation or in most product cases, most product liability cases. It’s never a class action. It’s individuals fighting the big company for fair compensation. Well, Whitney, this has been fantastic. Those are the questions I have. I really appreciate you spending some time with us.

Whitney: Thanks for having me, Clay.

If you have taken a tenofovir drug like Truvada and suffered kidney damage or bone injuries, please call me at 919.546.8788 to discuss your possible case against Gilead Sciences. Good luck.