Unless you do not own a television, you have likely seen the endless parade of commercials for drugs in this country. Apparently there is a medication that can fix any problem you have–hair loss, high cholesterol, even of course the dreaded erectile dysfunction. Drugs make corporations billions of dollars each year. If they didn’t you wouldn’t have to explain to your eight-year old why that couple on TV is lounging in two claw foot bath tubs on a mountaintop.

A major problem with a pharmaceutical industry that generates billions of dollars a year is that many corporations will do just about anything to get into that market and get a share of those drug profits. As a result, too often companies will rush a drug onto the market before it is fully tested, then market the drug aggressively, even for “off-label” uses, simply to increase profit margins. Even an established corporation like Johnson & Johnson is not immune. As reported by Stephen Brill, 91% of Johnson & Johnson profits derive from the sale of expensive medical devices like artificial hips and knees and pharmaceutical drug sales.

Risperdal is a prime example of a drug that generated billions of dollars in sales but also left thousands of people permanently disfigured or otherwise injured.

Risperdal (risperidone) is an antipsychotic drug that was developed by Janssen Pharmaceutica (a company owned by Johnson & Johnson) to treat schizophrenia and bipolar disorder. Essentially, it is used to reduce or diminish the most extreme symptoms and reactions in people with schizophrenia or bipolar disorder. A simple example would be that Risperdal could manage or reduce the manic episodes in a person with bipolar disorder.
Originally, the Food and Drug Administration (FDA) approved the drug for use by adults only and specifically refused to permit Risperdal use in children. Over the years it became clear to Janssen and Johnson & Johnson that the target populations for the drug were too small; that is to say, there simply weren’t enough people suffering from schizophrenia or bipolar disorder to generate sufficient profit from Risperdal. Thus, Johnson & Johnson pressed the FDA for broader uses for the drug. J&J wanted to market and sale the drug for use in children suffering from autism and other disorders. Eventually, after several years of prodding, the FDA approved Risperdal for limited use in children for treatment of symptoms associated with autism.

Side Effects of Risperdal

Risperdal has many clinically-recognized side effects: these include somnolence (sleepiness), headaches, nausea, weight gain, diabetes, and other complications. Perhaps the most shocking of all: gynecomastia. 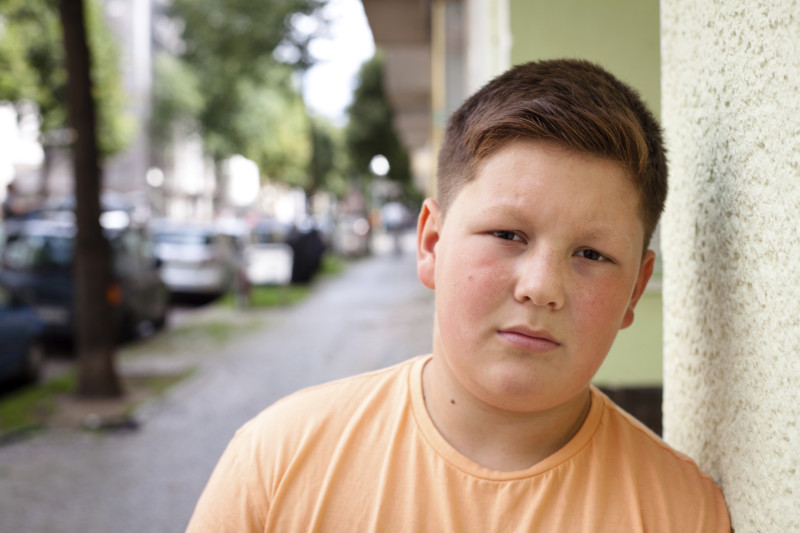 Gynecomastia is the growth or development of female breasts in men and boys. It is caused in males by an abnormal increase in female hormones or an imbalance in male and female hormones. Studies of Risperdal have shown that young people using the drug had elevated levels of prolactin, a hormone which allows women to produce breast milk. Elevated prolactin levels in young boys could cause them to grow female breasts. In a huge study conducted by Johnson & Johnson, it was determined that 5.5% of adolescent males developed gynecomastia. This was a horrible result. Johnson & Johnson, according to Brill, would spend years trying to run away and “adjust” those results (the label currently lists 2.3% as the predicted rate of acquiring gynecomastia after taking Risperdal). After all, such a high percentage would not be good for business.

At this point I must state that I do not intend to paint the entire pharmaceutical industry as a stock character villain. Pharmaceutical companies have created many life-saving and life-improving drugs for decades. And when these companies complete the appropriate amount of research and development and testing, and the drug “works” for its intended purpose, the company should be able to make a profit. Sadly, however, the story of Risperdal, which was played out in the marketing and sales departments of Johnson & Johnson as much or more than among the Janssen chemists and scientists, is a tragic cautionary tale of greed run amuck. Most tragic, the consequences of that greed occurred in our most vulnerable populations—children with debilitating disorders such as autism and severe manic depression.

In the next post we will look at a recent trial brought by parents of an autistic boy who developed grotesque female breasts after taking the drug Risperdal; the jury in that trial awarded a $2,500,000.00 verdict for the family and against Johnson & Johnson for its failure to adequately warn of the potential side effects of using Risperdal.