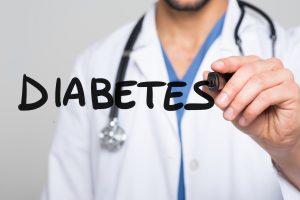 Originally touted as a wonder drug, a new class of medications based on SGLT2 inhibitors promised to help those suffering from Type 2 diabetes by increasing their ability to lower and control their blood sugar, while also lowering body weight and blood pressure. Pharmaceutical companies were hoping that these new products could potentially become blockbuster drugs. Invokana and Farxiga are two examples of SGLT2 inhibitors.

But just a few years after the release of these drugs in the United States, the drug companies started facing stiff competition among themselves. Additionally, the public learned of the serious risks of taking SGLT2 inhibitors. The purpose of this blog post is to provide a quick overview of SGLT2 inhibitor drugs and the status of their litigation.

What Is a SGLT2 Inhibitor?

SGLT2 is short for sodium/glucose co-transporter 2, which is a type of protein found in the human body. The SGLT2 protein plays a major role in the body’s ability to reabsorb blood glucose through the kidneys.

Drug makers created a new class of medications called gliflozins. These were recently approved by the FDA. Gliflozins are SGLT2 inhibitors, which mean they restrict the SGLT2’s role in the human body. This results in lower blood sugar, since glucose that would normally be retained by the body is now eliminated in the urine.

What Gliflozin Medications Are Currently on the Market?

There are a number of SGLT2 inhibitor medications currently sold in the United States. They include:

What Are Some Problems with Taking an SGLT2 Inhibitor?

The exact side effects will vary depending on the specific gliflozin a patient is taking. For example, the FDA has only issued a Safety Announcement regarding amputation risks for the drugs using canagliflozin. However, the FDA has issued a Safety Announcement concerning diabetic ketoacidosis for SGLT2 inhibitors in general and a Drug Safety Communication concerning acute kidney injuries for both canagliflozin and dapagliflozin-based medications.

Due to the severity of these problems, along with the high number of individuals taking them, a number of lawsuits have been filed.

Currently, the number of lawsuits is relatively limited. There are several hundred lawsuits involving Invokana which are still in the early stages of litigation. However, they have reached multi-district litigation, or MDL status. The cases are in the discovery stage, with the first bellwether trial scheduled for early in 2018.

But Invokana isn’t the only drug that’s in litigation. Farxiga is also in MDL before Judge Lorna G. Schofield in the Southern District of New York. As of April 2017, there were only eighteen cases in the Farxiga MDL, although this number will likely be higher by the time you read this. The plaintiffs’ allegations center around Farxiga causing diabetic ketoacidosis and acute kidney injuries, as well as the drug maker’s failure to adequately test the medication and warn patients of Farxiga’s risks.

Both the Invokana and Farxiga MDLs are early in their life-cycles. I am currently investigating new cases involving Invokana, Farxiga and other SGLT2 drugs. Feel free to give me a call if you have been injured by SGLT2 inhibitors. When there are any notable developments concerning SGLT2 drugs or the litigation, I will provide updates on this website. Stay tuned.