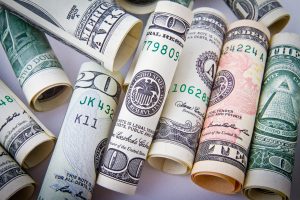 Let me state the obvious: companies sell you stuff with one purpose in mind, to make money. McDonald’s doesn’t sell you quarter pounders because the company believes what you need to live a better life is to eat more quarter pounders. The NRA doesn’t advocate gun ownership because it believes you need to own five Glock 9s (you don’t), but rather so the gun makers can sell more guns. Mercedes doesn’t make expensive cars because its board of directors hope to improve the world by selling you cars with heated leather seats. Every company sets out first to last to make money. And the more money the better.

So it goes with pharmaceutical companies. The general public may sleepwalk through the concept and lazily presume that the primary motivation for drug companies is to develop medications which cure diseases or which minimize the suffering from diseases. But in fact the motivation for pharmaceutical companies is to make money, and a lot of it. This is rather obvious and not a controversial point, and I’d like to believe that every “BigPharma” corporate board would agree with me. But it helps to keep this profit motive in mind when doing research on drugs you have been prescribed or which you are currently taking. And to be hyper-vigilant about assessing any new “wonder drugs” which hit the market.