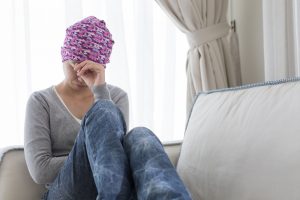 Hair loss, or alopecia, is a common condition for many people, especially when they age. The exact reason for the hair loss can vary, but one particularly unpleasant cause is chemotherapy. However, not all patients will be affected the same way during chemotherapy, even when taking the same chemotherapy drug to fight the same type of cancer.

For example, some patients may only experience a slight change in hair color, while others will have thinning hair. Others may have hair loss, although the amount and areas of hair loss can differ among patients. For some unlucky patients, the hair loss is permanent. One such chemotherapy drug that causes permanent hair loss is Taxotere.

Taxotere is a type of chemotherapy drug that is primarily used to treat breast cancer. We blogged about it previously, discussing how its manufacturer, Sonafi SA, allegedly covered up information that showed that Taxotere caused permanent hair loss at a rate that was higher than alternative chemotherapy drugs.

There is extensive litigation that revolves around these allegations, but even if the plaintiffs win, it still doesn’t change the fact that they will have to live with permanent hair loss. So the question becomes: is there a way to regrow hair permanently lost due to Taxotere? Unfortunately, from what I’ve researched the answer is currently no.

How do Chemotherapy Drugs Like Taxotere Cause Hair Loss?

Taxotere works by attacking cells that multiply quickly, such as cancer cells. But it attacks all quickly multiplying cells, not just cancer. This means cells found in other areas of the body, such as bone marrow, blood and hair follicles are also harmed. Usually, this harm is temporary, with many patients having their hair return within several months.

As long as the hair follicles have not been permanently destroyed by Taxotere, the hair should regrow. But up to about 6% of Taxotere patients have permanent hair follicle damage. There are many treatments available to help with hair loss, but only a few are scientifically proven to work and when they do, the results are minimal or don’t apply to Taxotere patients.

More commonly known under its trade name, Rogaine, minoxidil has been shown to help promote hair growth. Although it is unclear exactly how minoxidil works, it’s believed to promote blood flow to hair follicles. Minoxidil is unlikely to help those suffering from permanent hair loss caused by Taxotere for the primary reason that it works by maintaining already living hair follicles. Therefore, it’s most effective for preserving existing hair and preventing additional hair loss. Once the hair is permanently gone, minoxidil won’t be effective in bringing the hair back.

Cold cap therapy works by reducing the temperature of the scalp before, during or after a chemotherapy session. By lowering the temperature of the scalp, the blood flow to hair follicles is reduced. With lower blood flow, there is less of the chemotherapy to reach the hair follicles and cause damage. The key point with this “cure” is that it can’t completely stop hair loss or regrow hair. Instead, it only reduces the amount of hair that is lost from chemotherapy.

There are a variety of hair replacement procedures available, but many revolve around grafting existing hair follicles to areas with no active hair follicles. The primary reason why hair replacement procedures don’t work for Taxotere patients is that it requires existing areas of hair and cannot “cover” large areas of skin with no hair. In many patients, there are simply no donor follicles available and when there are, there are nowhere near enough to compensate for the lost hair.

Finasteride (brand name: Propecia) works by reducing the amount of dihydrotestosterone (DHT) in the body. DHT is created when testosterone is converted by enzymes. DHT has nothing to do with hair loss due to chemotherapy. As a result, finasteride isn’t effective for restoring hair that has been permanently lost due to Taxotere.

Sadly, there really isn’t an effective and proven cure for permanent hair loss caused by Taxotere. The frustration levels of Taxotere patients are understandably higher than others taking different chemotherapy drugs. This is because there are so many other chemotherapy drugs available that are comparably effective, but have fewer hair loss related side effects.