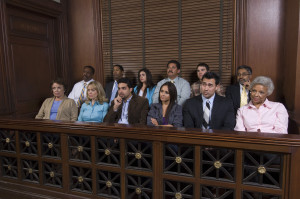 Even with the reduction, it was a good result for Ms. Booker, and the verdict was promising for the thousands of IVC filter victims still awaiting trial or resolution of their cases. A second bellwether trial is slated to begin in May.

A C.R. Bard representative said he was “disappointed” in the jury’s verdict, but still maintained that the G2 IVC filters are useful medical devices that have saved lives.

Some History on the Bard IVC Filters

Bard began selling the “Recovery” IVC filter in 2002. This after Bard received approval to sell the device under the “510(k) process.” The name comes from a section of federal regulations that allows companies to sell products that are closely related to products already on the market. The 510(k) pathway, as I’ve discussed often, can lead to disastrous results. Anyway, the Recovery started causing serious problems pretty quickly, the main two that the Recovery filter would move or “migrate” in the inferior vena cava vein, and that it had a tendency to break apart. Bard conducted a study on the Recovery, found higher incidents of injury and death, and finally pulled the Recovery IVC filter from the market around 2005.

That same year Bard introduced the G2 IVC filter. The G2 was engineered from the Recovery technology, and it turned out that the apple did not fall far from the tree. An internal Bard memorandum noted serious issues with safety and function of the G2. Despite these internal concerns, Bard continued to sell the G2 filter and later the G2 Express filter.

Finally in 2010 Bard stopped selling the G2 IVC filters. One report estimated that 160,000 G2 filters were implanted in patients. One of those was implanted in Plaintiff Sherri Booker.

On May 18, 2015 the MDL involving Bard IVC filters was approved for federal court in Arizona, and injured people from all over the country can place their individual lawsuits in this MDL (MDL 2641).

I have written often on the problems associated with IVC filters, which you can read about here. If you have any kind of IVC filter implanted and are having problems, give me a call to discuss your legal options (919.546.8788). Good luck.