END_OF_DOCUMENT_TOKEN_TO_BE_REPLACED

What is an IVC Filter?

The inferior vena cava (or IVC) is a large vein carrying blood from the lower and middle body into the heart where the blood is pumped into the lungs in order to have oxygen added to it. An IVC filter is a device that’s surgically implanted into the IVC just below the kidneys in cases where there is fear a blood clot from the legs (deep vein thrombosis) may travel from the body into the heart or lungs (pulmonary embolism). If that happens the results can be a serious, if not fatal, injury for the patient.

END_OF_DOCUMENT_TOKEN_TO_BE_REPLACED 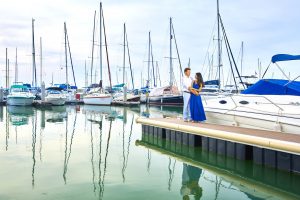 END_OF_DOCUMENT_TOKEN_TO_BE_REPLACED

In this post we look at the history of C.R. Bard’s problematic IVC filters, which sadly have caused many injuries and several deaths. In May 2015 a multidistrict litigation site (MDL) was selected for claims across the country arising from injuries relating to C.R. Bard’s “G2 Series” and “Recovery” IVC filters. But before we get to the Bard MDL, however, we have to ask, “well, how did we get here?”

Despite this dire warning, C.R. Bard continued to sell the Recovery filter. It finally discontinued the Recovery in 2005.  But this action was too late: as many as 20,000 people still have the Recovery IVC filter implanted in their bodies to this day.

In 2005 C. R. Bard introduced the G2 IVC filter. That same year C.R. Bard circulated an internal memo in December 2005 expressing concerns with the safety and functionality of the G2 filter. The Bard Memorandum noted that the G2, much like the Recovery filter, had problems with perforation, tilting, and moving. Despite this information, C.R. Bard kept selling the G2 filter. In 2008, as part of the G2 Series, Bard introduced the G2 Express, which has also been found to move, tilt, migrate, and break apart.