Why Further Settlement Extensions Are Necessary 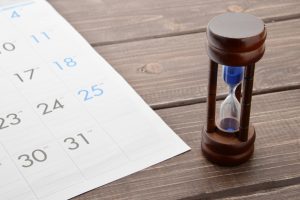 Let’s look at the calendar for a moment. The recall for the Depuy ASR was August 24, 2010. This means that many people received the ASR hip in 2009 and 2010, and possibly even beyond August 2010 (as one can’t assume that the implantation stopped on a dime precisely on the recall date). With MoM hips, the outward signs of failure may not be obvious for years. A person with rising metal levels in the body may not have noticeable symptoms. They may learn of their elevated levels of cobalt and chromium (the metals associated with ASR MoM hip failures) in a routine blood test as part of a physical. A person who received the ASR hip in July 2010 is just seven years removed from surgery. Many people who had revision surgery seven or eight or nine years after the implant surgery have already received compensation under the settlement. The person who received an ASR hip in 2009 or 2010 should not be punished simply because they received the ASR hip late in the period when the hip was marketed, sold, and implanted.

My point is this: I am quite certain further extensions of the Master Settlement will happen. The Depuy ASR litigation has been massive, and thousands of people have been compensated already. It would be extremely unfair and unjust to deny recovery for those remaining people who were injured “late in the game.” I suspect a third extension may be announced in 2018.

When Will It End?

Plainly, the litigation and the extensions won’t continue forever. One arbitrary cut-off I have seen is ten years. That is to say, so far, Depuy has not shown willingness to compensate individuals who received revision surgery more than ten years after the original implant surgery. The logic behind this cut-off is that typical artificial hips historically last twelve to fifteen years, so revision surgery of more than ten years is within normal ranges in the life-cycle of an artificial hip. I don’t buy it. If the Depuy ASR hip fails, even ten and a half years after implantation, the patient should be compensated.

It may be that future extensions may stretch to include ASR failures beyond ten years. But I am not at all certain of this. The reality is this: if you have a failed ASR hip and your surgeon advises you to have it removed, don’t delay. Go ahead and schedule revision surgery. It is important mainly for your health but also, potentially, for your case against Depuy.

One date to keep in mind is August 24, 2020, which is the ten-year anniversary of the date Depuy recalled the ASR hip. I don’t see it as an absolute hard deadline to bring a viable claim against Depuy, but it will mark a key milestone in the multidistrict litigation.

Until then, more people with viable cases against Depuy for the failure of the ASR hip will come forward. If you are one of them, and would like more information, give me a call (919.546.8788).