A focus of Depuy’s appeal is that the companies were deeply prejudiced in the eyes of the jury based on “highly inflammatory, irrelevant, and prejudicial evidence” presented by the plaintiffs. Depuy contends that plaintiffs’ reference to payments made by Depuy to “henchmen of Saddam Hussein” was unfairly prejudicial (and thus violated Rule of Evidence 403). Turns out affiliates of Defendants had made improper payments to the Iraqi government. Judge Kinkeade, who presides over the Depuy Pinnacle litigation, allowed the improper payment evidence because Depuy made “character” an issue in the trial by repeatedly characterizing itself as a wholesome company with small town values.

On Friday (March 31, 2017), the plaintiffs’ team filed its legal brief in response to Depuy’s appeal. It is a spirited document, and sets out the long (unhappy) history of the Depuy Pinnacle metal-on-metal  hip and the injuries it has caused. The plaintiffs refute every issue Depuy raises in its appeal. Further, the plaintiffs asks the Fifth Circuit to restore the $360,000,000.00 in punitive damages awarded by the jury. I wrote about that jury verdict here and Judge Kinkeade’s reduction of the punitive damages award here.

The focus in the Depuy Pinnacle litigation has been on the company’s (aggressive) marketing and sale of the Ultamet metal insert liner in the Pinnacle artificial hip system. Plaintiffs have argued that this metal liner has created the conditions for the metal-on-metal grinding that has caused so many injuries. The plaintiffs do not argue that the polyethylene or plastic liners have negligently caused injury. Rather, it is the metal insert liner that has caused the thousands of premature artificial hip failures and the thousands of lawsuits against Depuy and Johnson & Johnson. The plaintiffs’ brief sets out this history of Depuy’s pushing this metal-on-metal hip system onto the market, despite evidence that the metal-on-metal hips caused too many problems.

The plaintiffs also argue aggressively that their use of the term “henchmen of Saddam Hussein” was not unfairly prejudicial to Depuy. First, despite Depuy’s argument that plaintiffs used the term repeatedly, the plaintiffs point out in their response brief that the phrase was used just once in a nine-week trial. Further, the reference to unlawful payments to Iraq was presented as character evidence against the company, evidence the judge allowed because Depuy characterized itself as a “virtuous” company whose “sole goal” was to”produce products that help people get better.” Plaintiffs’ Brief. As it turns out, corporate affiliates of J&J had been sanctioned for making unlawful payments to the Iraqi government when Saddam Hussein was alive and well and the leader of Iraq. Judge Kinkeade noted at trial that Depuy had opened the door for the jury to hear this character evidence against Depuy when the defense team introduced evidence of Depuy’s wholesome reputation. Finally, the plaintiffs on appeal argue that the one reference to “henchmen” could not have been “unfairly prejudicial” because Judge Kinkeade gave the proper jury instruction that required the jury to consider only admitted evidence and explaining that a lawyer’s comments are not evidence. 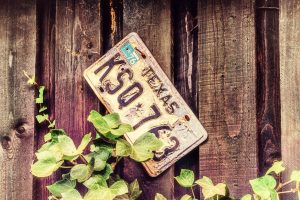 In their brief, plaintiffs argue: “A plaintiff with a large income who is injured or killed by another’s wrongdoing will likely have far more “economic damages” than a plaintiff with a modest income. Further, retirees, persons with disabilities, or spouses not working outside the home will likewise have minimal “economic damages” under Texas law.” Plaintiffs’ Brief. What this means is that in Texas punitive damages will be awarded differently if the injured person is unemployed, retired, or disabled; and that the plaintiff who is young or who earns a lot of money may end up with more punitive damages than the low earning person, even though the jury intended to punish the defendants equally for the companies’ very bad behavior. This does not seem fair. The statute could well be ruled unconstitutional.

The Fifth Circuit will take several months to decide this appeal. I will keep you posted, as always. And if you have a Depuy Pinnacle hip with a metal liner that is giving you problems, give me a call to discuss further.