Retired Army Ranger Chet Sechrest and I continue our conversation on the potential for hearing damage in the military, the crucial need for proper hearing protection, and 3M Earplugs: 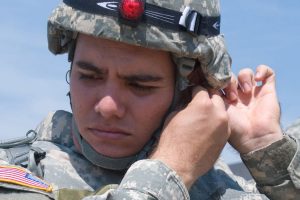 Clay: So Chet as a medic you would supervise and train soldiers in the proper use of hearing protection? But you also said the Army beat into your heads the importance of protecting your hearing in whatever you were doing in the field?

Chet: Absolutely. In fact, for a long time, they had the annual hearing exam requirement. And it was like a pre-deployment requirement, you couldn’t deploy unless you had your hearing exam for that year. So the command was interested in tracking, hearing issues, to make sure that you know, not everybody’s going to go deaf. Does that make sense?

Chet: They actually tried to enforce the annual hearing exam requirement. And that’s why it was important. And it was actually a safety checklist that carries protection beyond every range. And in an area where the noises were above 75 decibels where it could impact hearing, earplugs should be available.

Clay: So I think it goes without saying that in your many years of service you were exposed to very loud noises a lot?

Chet: Absolutely. There were times we did a lot of shooting on a range for a day, sometimes you have experienced was this pain from the sharp cracks. Or if you’re shooting in a confined space, it’s even more also to sometimes just the pressure from a blast would impact your ears as well. Or even just helicopters, or some of those helicopters, not necessarily Blackhawks. [Other helicopters] were really, really loud. They could get really, really loud if you’re going to be flying on them for a while. It definitely took a while after the helicopter left before you felt like you can hear normally again. You had that just walked out of a concert sensation. Hearing everything. Then it just took a while after you got where you’re going for your hearing to come back.

Clay: So I think you said you wore the 3M Earplugs, which were made by the 3M company or at least sold by the same company for years?

Chet: Yeah, I’ve had boxes of those 3M Earplugs. And we placed them on the range. And we’ve issued them out at different times. Those were disposable in our view, because we get a big box, we use them for the day, just throw them away. At one point it was kind of funny during my career, they actually issued a little case to put your earplugs in, that you had to have clipped onto your uniform. So that actually occurred at some point during my career, because that’s how big of an issue it was to the command that everybody protect their hearing that they actually had to carry your earplugs around. And that earplug case would have held the 3M Earplugs. At some point, they had to come in if you had your hearing tests, and they would give you a couple of earplugs sized to your ear. But you lose those quickly. They’re small, especially if you’re out training and you get knocked in the head and they come out. That’s why the earplugs like the 3Ms. We always had them they’re readily available. And if you lost a set you just went to your medic or to like to me and I would give you another pair.

Chet: Sure, yeah, a lot of times during training if they weren’t properly seated in the ear if there’s now that we know there’s a potential defect, which would cause them to come out more often. And if it’s nighttime, forget about looking for him. Or if you’re out in the field, forget looking in the grass, you just go to the medic and say, “Hey, do you have another pair of the 3M earplugs?”

Chet: Yeah, there’s quite a few people I know who have suffered hearing loss and actually wear hearing aids today, as a result of their service in the military and exposure to loud noise they now wear hearing aids.

Clay: How about you? How’s your hearing?

Chet: In the silence I have ringing. You know, when it gets really quiet, I hear low ringing or humming in my ears.

Clay: So now that you’ve retired from the army, have you sat around with some of your soldier buddies and heard them complain of hearing damage; you already mentioned that guys with hearing aids? But, have you heard more talk of that? Or is it just been a common complaint for a long time?

Chet: Usually towards the end of the guy’s career is when you hear more complaining about hearing and stuff, and other things. But I still get together with a lot of my friends; just went to retirement ceremony for one of my students when I was an instructor, he retired last week; there’s not so much complaining, but as much as just joking about how we broke this and how he broke that.

Chet: Retired life is good. I do real estate here in the coastal area in North Carolina, from Wilmington to Southport and that whole area. It’s nice. Working on getting home inspector certified. I just keep branching out and doing different things. Just keeping occupied. 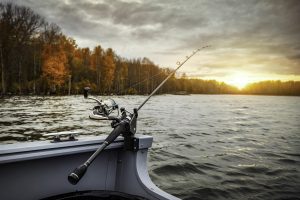 Chet: Anything I do to help my fellow service members. If you don’t mind I also work with the Honor and Valor Foundation. It’s a small nonprofit out of Waccamaw. And my family and I host Wounded Warrior families out to the lake for the day. Just give them a break primarily from Fort Bragg. And they also do fishing and hunting and other trips.

Chet: And they have a Facebook page. It’s Honor & Valor Foundation. It’s a small group. So just put that out there.

Clay: Absolutely. I hope people will check it out.

Chet: And you’re invited to bring your family any time.

Clay: I would love that. Chet thank you so much.

Note: This conversation was lightly edited and condensed for clarity. You can also listen to the interview on my podcast.