Causation is usually simple: this happened because of that. The wheel fell off my bicycle, causing me to fall and break my arm. Legal causation is not so simple, and it can be very difficult to prove in a civil case. Legal causation or “proximate cause” involves an event (or thing) which is sufficiently related to an injury such that the cause of the event or thing is held legally liable for injuries sustained. It may not sound all that complicated, but millions of attorney hours are spent each year fighting over proximate cause. In fact, it’s one of the main reasons we have courthouses. 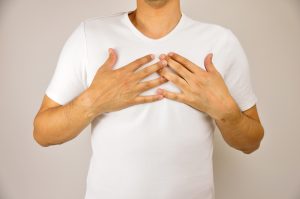 But it doesn’t always work that way. Two recent court cases involving boys injured after taking Risperdal yielded two very different results, and the takeaway is the importance of medical experts who can testify to the connection of the injury (gynecomastia) to the cause (taking Risperdal).

On January 6, 2017, just days before trial was to start, Johnson & Johnson settled a case involving Zachary Sabol, a boy from New York who grew breasts after taking the anti-psychotic drug Risperdal. The Sabol family alleged that Zachary began taking the drug before it had been approved for use with children. In addition, the drug label at the time Zachary began using the drug stated that gynecomastia was rare and occurred in approximately 1 out of 1,000 patients taking Risperdal. Later, the label was changed to indicate gynecomastia could occur 2.3% of the time. (Doing the math, that is 23 times as often as the original label indicated).

The terms of the settlement, of course, are confidential. So we don’t know how much J&J paid to settle this case. But J&J paid. In three previous Risperdal cases,  juries awarded $4.75 million in total damages for plaintiffs. And in a case tried last summer, a jury awarded a stunning $70 million dollar award to a boy and his family. You can read about that case here.

Drug manufacturers are always aware of what past juries have done, and it’s reasonable to believe J&J took these past jury awards into its calculation of a settlement offer.

Now back to causation. As I said, causation should be straightforward in most Risperdal cases, because (1) Risperdal is known to cause female breast growth, (2) as an injury, female breast growth is quite easy to observe and establish (as opposed to, say, health problems from metallosis in an artificial hip case), and (3) adolescent boys should not be growing female breasts. 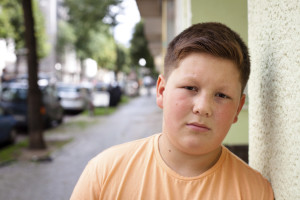 Nevertheless, in a Philadelphia case tried in December, the judge rejected the plaintiff’s expert witness and abruptly dismissed the case in the middle of trial. Judge Sean Kennedy ruled that the expert testimony on causation did not support claims that a Texas boy, Tommy Moroni, developed breasts after taking Risperdal. Judge Kennedy stated: “it is my opinion that under Texas law, Dr. [Mark] Solomon’s testimony is legally insufficient to prove causation in this case.” Dr. Soloman has testified in other Risperdal cases, and his testimony has been accepted by other trial judges. The Moroni case was the first case heard by Judge Sean Kennedy. Thus, though causation should be straightforward, in the context of a civil action, causation is often what the presiding judge says it is.

It appears from news reports that the plaintiff’s legal team was stunned by the judge’s ruling, and did not believe there were any deficiencies in the expert’s medical opinion or testimony. Tommy Moroni’s lawyers will appeal the ruling. I suspect Tommy Moroni may get a second chance at trying his case. I hope so.

At the end of the day, there are simply no guarantees in a civil case. Five judges can see valid testimony on legal causation and the sixth judge can reject the same testimony. Still, gynecomastia is a hideous and disfiguring injury, and no boy should have to go through such trauma. More than 2,000 Risperdal cases are still pending in the multidistrict litigation in Philadelphia. And more cases are being filed each day. I hope no boy in your family has grown female breasts after taking Risperdal, but if this has happened, give me a call, or call a lawyer you know and trust.