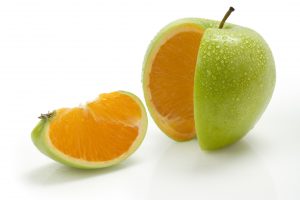 In a stunning marketing document directed at surgeons titled “Apples to Oranges,” Smith & Nephew announced boldly that the Birmingham Hip Resurfacing system “is not your average ‘metal on metal.’ It’s BHR.” Depicted in the advertisement is an apple with the names of other artificial hip products: ASR, Durom, Cormet, Conserve. It is rather astonishing, suggesting that the BHR was better and safer than these other MoM hips. I guess the BHR is the orange.

[I must interject that most surgeons and hip device makers acknowledge by now that all metal-on-metal hip devices are not safe to implant in human beings.]

S&N did not stop there. In letter to physicians in 2010, S&N represented that:

Essentially, it appears that S&N represented that cobalt and chromium ions in the blood and tissue were not a health risk, or at least, that no evidence supported such a  conclusion. Let me stop here and state that metallosis–caused by higher chromium and cobalt levels in the blood from MoM hips–is not safe. You can read more about these health risks here and here. In any event, the Master Complaint points out that S&N knew about the medical evidence showing that metal levels have harmful effects on the human body, but did not update its product materials or its communications to surgeons with this vital information.

In fact, S&N doubled-down on its representations of BHR’s superiority and safety. In an advertisement in the Journal of Bone and Joint Surgery, S&N announced:

The Master Complaint calls the assertion that no BHR hips had required revision due to metal wear a “bald-faced lie.” MC Paragraph No. 79. Studies showed, instead, that patients with the S&N BHR were getting revision surgeries due to metal wear. 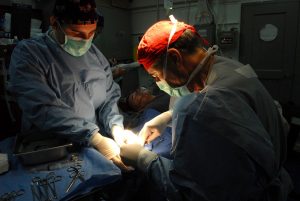 Dr. Derek McMinn, the inventor of the S&N BHR device, stated that orthopedic surgeons needed to perform 1,000 resurfacing surgeries in order to get proficient with the surgical procedure. S&N did not disclose this information to surgeons. Further, as part of the premarket approval for the BHR, S&N was required to provide surgical training and to study the surgeons’ resurfacing techniques, but failed to complete this vital part of the PMA requirements.

Not surprisingly, a 2012 BHR study found that the revision rate was three times higher for BHR patients than it was for the specific English surgeons (including BHR inventor, McMinn) trained in the resurfacing technique. The study concluded that orthopedic surgeons who were not a part of the BHR design team were not able to reproduce the results of the BHR design team. Which is to say, if you were lucky enough to have the BHR implanted by one of the BHR designers in England, you may get a positive result with the BHR, but if your orthopedic surgeon down the street in your hometown performed the resurfacing procedure, there was a much greater likelihood the BHR would fail.

The Master Complaint then states the worst part of all this: Smith & Nephew did not provide these studies to the medical community or to the FDA. Instead, according to the Complaint, for years S&N cherry-picked the data to put the best spin on the results of the BHR.

There is much more to process in the Master Complaint. I will continue to summarize my review in later posts. In the meantime, if you had the BHR implanted and it failed, requiring revision surgery, give me a call to discuss your possible legal case against Smith & Nephew.

Note: The information in this post was obtained from the Master Amended Consolidated Complaint in the S&N BHR MDL. The statements in the Master Complaint are allegations, which means they are not yet proven or established. Smith & Nephew has answered the Complaint and has denied many of the allegations.