This is the story about the Smith & Nephew Birmingham Hip Resurfacing Device, the patients harmed by the metal-on-metal artificial hip, the lawsuits that followed, and the massive Master Complaint filed last August against Smith & Nephew.

But First, How Do We Get to a “Master Complaint”? 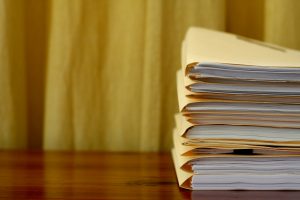 This is how product liability multidistrict litigation begins: a product (like an artificial hip) hits the market. The artificial hip is implanted in thousands of patients. A year passes, then a few more. Patients complain of aches, pains, inflammation, noises, maybe even neurological symptoms. Doctors notify the manufacturer and their patients of these bad outcomes. Post-market studies are done. Problems are discovered with the product (in the case of metal-on-metal artificial hips, those problems included metallosis, loosening, pseudotumors, and many other “bad outcomes”). Injured people file lawsuits in courts around the country. The Judicial Panel on Multidistrict Litigation (JPML) eventually realizes it needs to designate one court to handle pretrial issues with the hundreds of cases being filed, so a multidistrict litigation (MDL) site is chosen, and the lawsuits are transferred to that MDL court. From there, the plaintiffs consolidate their efforts, and eventually a Master Complaint is carefully drafted and filed.

So it was with the Smith & Nephew Birmingham Hip Resurfacing (“BHR”) Artificial Hip MDL. In April 2017, the JPML designated the federal court in Maryland as the site for the S&N BHR cases (MDL 2775). Once designated, plaintiffs organized themselves, began discovery, filed motions with the court, and eventually produced the Master Amended Consolidated Complaint. Filed with the court on August 11, 2017, it is a staggering document. The Master Complaint is 160 pages, and sets out allegations involving misrepresentations, misleading studies, cherry-picked data, aggressive marketing, corporate negligence, and hundreds of injured recipients of the S&N BHR device. In this post (and in later posts) I will set out the key allegations and claims in the S&N Master Complaint.

Misrepresentations Alleged in the Master Complaint

The S&N BHR was first sold in the United States in 2006. Although the BHR was approved by the FDA for sale following a “pre-market approval” (PMA) process, the plaintiffs allege that S&N failed to comply with many of the PMA conditions (more on that later). The Master Complaint alleges that S&N was also negligent in its manufacturing processes. And despite the fact that metal-on-metal artificial hips from other companies were failing and were recalled, and despite mounting evidence that the S&N BHR was also failing at an unacceptable rate, S&N did not recall the BHR until September 2015. This was more than five years after the DePuy ASR was recalled. In that five year period, many people received the BHR and were later harmed by the failure of the BHR.

In a hip resurfacing procedure, the femoral head is not replaced. Instead a smooth metal covering is fixed over the existing femoral head, and a metal acetabular cup secured in the patient’s acetabulum. From there, the cup and the metal femoral covering in a cup and ball system. When the patient walks, the acetabular cup and the femoral head metal cover “articulates” or moves together. In this motion, metal debris can be spun off and released into the person’s body. S&N represented early in the life-cycle of the BHR that its metal-on-metal construction was different from other metal-on-metal hips like the ASR and the Zimmer Durom. According to the Master Complaint, Smith & Nephew openly represented that the BHR components released less metal debris than other metal-on-metal hips, and also had higher success rates than other MoM hips. In one promotional marketing document, S&N stated that the amounts of chromium and cobalt released in the body from the BHR “are so small that they’re measured in a unit called a micron. For perspective, a human hair is about 100 microns in diameter.”

Further, in a 2012 press release, a senior VP from S&N stated that the BHR was “unlike any other [metal-on-metal] hip implant” and that the BHR had a “distinctive metallurgy heritage” (whatever that means). See Complaint, ¶ 41. S&N also allegedly stated that pseudotumors were “benign.” S&N pronounced the BHR safer than hips containing ceramic components (such as a femoral head).

Injured Plaintiffs: The Birmingham Hip Was Not Safe

The Master Complaint states that these representations by Smith & Nephew were false. Instead, plaintiffs allege that the BHR was not safe, that MoM hips as a class are unsafe, and that ceramic hips are safer than MoM hips. Beyond that, plaintiffs allege:

In my next Smith & Nephew Birmingham Hip Resurfacing blog post, I will look further into the allegations made in the Master Complaint.

Note: The information in this post was obtained from the Master Amended Consolidated Complaint in the S&N BHR MDL. The statements in the Master Complaint are allegations, which means they are not yet proven or established. Smith & Nephew has answered the Complaint and has denied many of the allegations.