If you follow my blog, you’ve probably heard about paraquat. If you’re unfamiliar with paraquat, it’s a highly toxic herbicide that may cause Parkinson’s disease. As you might imagine, this potential link is alarming and has led to quite a few lawsuits. Let’s take a look at the current status of these paraquat cases.

It’s undisputed as to the harm paraquat can cause when humans are exposed to it in large amounts over a short period of time. But much of the current litigation concerns plaintiffs who were exposed to paraquat for extended periods, such as when using it often while working on a farm. Due to this long-term exposure, plaintiffs are claiming that paraquat caused their Parkinson’s disease.

END_OF_DOCUMENT_TOKEN_TO_BE_REPLACED 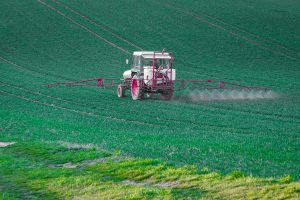 END_OF_DOCUMENT_TOKEN_TO_BE_REPLACED

It sounds like an exotic fruit, or perhaps a cute little pet name, but touching or eating paraquat dichloride (paraquat) can result in nasty consequences. This toxic substance has a significant history, but more recently, has been linked to Parkinson’s disease. As a result, the herbicide has been subject to litigation. In this blog post, we’ll take a look at paraquat and the emerging lawsuits.

Historically, paraquat has had two main uses. First, and sadly, it’s been an effective way of committing suicide. Ingesting just one sip could result in death. In fact, when South Korea banned the herbicide in 2011, its overall suicide rate fell 10% and its suicide rate by herbicide or fungicide dropped by more than 46%.