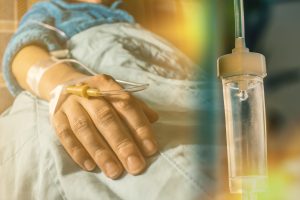 If you have a specific type of leukemia—Philadelphia chromosome-positive chronic myeloid leukemia, or Ph+ CML—you may have been prescribed the chemotherapy drug Tasigna (nilotinib). Tasigna offers promise for some patients and may even be associated with remission of their disease—but it’s not without risks.

What’s more alarming, the drug’s manufacturer, Novartis Pharmaceuticals Corporation, may have known about those risks and failed to disclose them to you. People who have been harmed or lost loved ones due to Tasigna have sued Novartis. Here’s what you need to know.

Tasigna is a form of chemotherapy used to treat one specific genetically linked type of leukemia. In Ph+ CML, the bone marrow overproduces white blood cells. These extra white blood cells are abnormal and can overwhelm healthy cells, causing symptoms such as fatigue and anemia and eventually organ failure and premature death.

Tasigna is associated with a range of both “common” and “severe” side effects. On its website, Novartis warns that those side effects include, but aren’t limited to, the following:

As if that were not enough, there’s another problem with Tasigna that Novartis isn’t talking about. 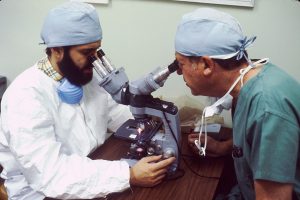 Scientific studies have shown that Tasigna is also associated with atherosclerosis, where fatty deposits build up in arteries. These deposits narrow the blood vessels, eventually slowing and even stopping the flow of blood throughout the body. Because blood distributes oxygen to cells, a reduction in blood flow can lead to cells literally suffocating. Depending on what area of the body is deprived of blood and oxygen, atherosclerosis can cause heart problems and stroke and can lead to amputation of limbs. (Note that atherosclerosis is a specific type of arteriosclerosis, or hardening of the arteries. These terms are often used interchangeably, so don’t be confused if you see discussions of Tasigna causing arteriosclerosis.)

As early as 2013, Canada issued a governmental warning about Tasigna, indicating that its use was associated with “the possible risk of developing atherosclerosis-related conditions.” Canada published its warning after finding that Novartis’s own global safety database revealed 277 cases of atherosclerosis between 2005 and 2013.

But Novartis has not included atherosclerosis as a risk in the information it distributes about Tasigna in the United States. Now, some patients and their families are taking Novartis to court over it.

Dainis Lauris was prescribed Tasigna for leukemia, but he soon developed peripheral artery disease. His doctor read that the drug was linked to atherosclerosis, causing problems just like Lauris’s, and quickly changed him to a different medication. But the damage was done: Lauris died from atherosclerosis complications about six months later. He was 49 years old. Now, his family has filed a lawsuit in California federal court. They allege that Novartis knew about the drug’s risks and intentionally failed to warn American consumers or their doctors. So far, the court has denied Novartis’s motion to dismiss the lawsuit and its motion for summary judgment. The case is awaiting trial.

Have you or a loved one developed atherosclerosis after taking Tasigna? Call me for more information and to discuss your options: 919.546.8788.

Note: This post was written from news reports and court filings. The allegations against Novartis have not yet been proven. I will provide updates as they occur. Photos are for illustrative purposes only.