For more than three years I have been writing about the dangers of certain implanted medical devices. These devices include artificial hips, hernia mesh, IUDs, IVC filters, and others. And some have caused massive human suffering: neurological problems, sexual dysfunction, immobility, infertility, headaches, pain, even death. If you are reading this sentence then you discovered my site because of your interest in medical devices and the problems they can cause. And if you are interested in this subject, you must see the new Netflix documentary The Bleeding Edge. 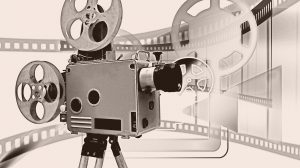 The Bleeding Edge is a remarkable film investigating the public health crisis caused by our current medical device industry. It examines the two main causes permitting the manufacture and sale of defective medical devices: corporate greed and inadequate FDA oversight. It is a tragic story, particularly when the film takes a close look at many of the actual victims of these harmful medical devices. It’s one thing to hear that the Essure birth control device has injured thousands of women; it’s quite another when you see a woman on screen explain how she has given up on her hope to find love because she can no longer have intercourse due to permanent internal injuries. It is deeply sad to hear these stories. And it may have you writing your member of congress. Which you should.

I urge you to check out the film. Here are a few key takeaways:

Medical Device Regulation and the FDA 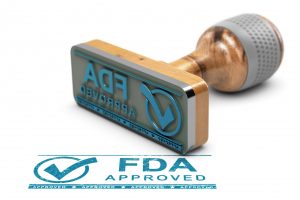 The 1976 Medical Device Amendments Act (“MDA”) was a positive step forward for regulating medical devices and for protecting human health. However, over the years certain loopholes in the MDA have allowed medical device companies to run amuck. The worst of these loopholes is the 510(k) process, which I have written about extensively on this site. Under 510(k), a medical device company may avoid clinical testing and the “Pre-Market Approval” process if the company can show that the new device is “substantially equivalent” to a similar device already approved and on the market. This may sound benign–after all the products are equivalent–but it has allowed many inadequately tested and dangerous devices to hit the market. One of the best examples of this 510(k) failure is the metal-on-metal (MoM) artificial hip. Because the MoM hip was “substantially equivalent” to previous artificial hip systems, the FDA permitted several device companies to manufacture and sell MoM artificial hips. Turns out, in many cases the MoM construction allowed metals to grind and be released into the blood and tissue of patients, causing all kinds of problems, from severe leg pain to neurological symptoms. Check out this site for many articles on the MoM artificial hip.

According to The Bleeding Edge, in some cases a new medical device is approved under 510(k) because of its substantial equivalence to an existing product that has been recalled because of health concerns. The FDA has explained that, under 510(k), it does not look at the safety of the underlying medical device; rather, it simply examines whether the new product is “substantially equivalent” to the predicate product. If this sounds loony, then you are paying attention. As a former FDA commissioner noted in the documentary, “we built a system that doesn’t work.”

If you have had a metal-on-metal artificial hip implanted, you should know the name Stephen Tower. Dr. Tower is an orthopedic surgeon who figures prominently in The Bleeding Edge. And he deserves the screen time. I first wrote about Dr. Tower in 2017 after I discovered a lecture he had given on the potential for neurological problems associated with increased cobalt levels caused by metal-on-metal artificial hips. Dr. Tower is in a unique position as a hip surgeon but also as a victim of a MoM hip replacement, the DePuy ASR MoM hip. After his hip replacement surgery, he suffered memory loss, ringing in his ears, tremors, and mood swings. He even trashed a hotel room. Dr. Tower discovered that the metal levels in his blood were causing these neurological symptoms. After revision surgery, his metal levels dropped and his symptoms disappeared.

The documentary looks at several of these harmful medical devices, from artificial hips to hernia mesh to the Essure birth control device. More importantly, it takes a long look at several of the victims of these devices. The human suffering is intense and hard to watch, but it is vitally important to see it.

What Should You Do If Facing a Medical Device Implant Surgery?

At the end of the film the producers list a few smart moves you should make if your doctor has advised you to have a medical device implanted: 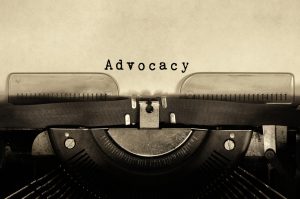 The Bleeding Edge presents the medical device industry in a sharply critical light. The documentary “takes a position,” and the position is that for-profit corporations who develop and manufacture medical devices often push these devices into the market without adequate testing and guided too often by a profit motive. I happen to agree with this position. However, it’s no surprise that medical device companies have been pushing back on the film’s allegations. Bayer, for example, maker of Essure, “fact checks” The Bleeding Edge on its website. I encourage you to check it out it if you would like to read the company’s response to the documentary.

If you want to discuss The Bleeding Edge, or if you have a medical device that has caused you problems, give me call: 919.546.8788.