Glaxo Smith Kline responded to this study, quickly and predictably. GSK stated that the levels of nitrite needed to cause such a reaction in the human body were unlikely in the real world. Instead, it continued selling Zantac and continuing not to warn consumers of the possible health risks. According to the Master Complaint, GSK “was involved in covering up the scientific data, offering illegal kickbacks to prescribing physicians, intimidating witnesses, and defrauding Medicare to profit from these medicines.” Pg. 63.

As GSK worked to get FDA approval for ranitidine (Zantac) it conducted several studies parsing out the findings that ranitidine can combine with nitrites in the stomach, thus mutating to NDMA, a known carcinogen. GSK repeatedly represented that the risk was low or unknown, and that patients would not be expected to take ranitidine for extended periods and so should not be exposed to risk of NDMA. In 1983, Dr. de Flora and other researchers confirmed in follow-up studies that mixing rantidine with nitrites can form NDMA. Subsequent studies have shown huge increases in NDMA in the human body after small amounts of rantidine are taken. 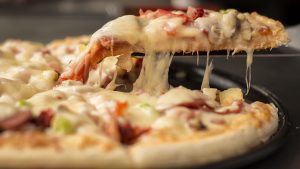 Valisure is an independent lab that conducted accredited studies on ranitidine in 2019. Valisure found that one ranitidine tablet produced 2,692,291 ng of NDMA. That’s a lot. According to these recent studies, a person who eats foods with nitrites would need to smoke 500 cigarettes to achieve similar levels of NDMA after taking one dose of 150mg ranitidine. It has become clear that ranitidine should never have been taken for extended periods while consuming foods high in nitrites. Nevertheless, the makers of Zantac advertised that it should be used when eating foods high in nitrites, such as tacos and pizza.

NDMA Can Form in Other Parts of the Body

NDMA can also form inside the human body but outside the stomach. Valisure lab found that an enzyme “DDAH” interacts with ranitidine to produce toxic levels of NDMA. This is complicated chemistry, but essentially the ranitidine binds to the DDAH enzyme, and together produces NDMA. So, where DDAH is most present in the body, more NDMA can be formed. DDAH is most commonly found in the kidneys, but also in the brain, colon, liver, intestine, stomach, bladder, and prostate. And, as we talked about in Part 2, NDMA can cross the blood-brain and placental barriers in a matter of hours, which means it reach most parts of the body.

NDMA Can Form When Ranitidine Exposed to Heat or Time 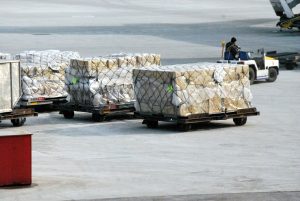 NDMA can also form when ranitidine or Zantac is exposed to heat or the passage of time. GSK confirmed this in its own studies in the 1980s. Valisure confirmed this finding decades later. These higher temperatures occur in normal conditions when the drug is stored in warehouses or shipped on trucks. Thus, ranitidine breaks down into NDMA in the days and weeks after manufacture under normal conditions when it sits in shipping trucks, or lingers in storage rooms. Even at room temperature, ranitidine can transform into NDMA within weeks.

This discovery was made in the context of other drugs found to contain NDMA, such as Valsartan. Eighty percent of the ingredients used to make drugs sold in the United States come from other countries, mainly China and India. NDMA was discovered in these ingredients, caused when these countries used less expensive solvents in the manufacturing process. As a result, NDMA has even been produced when manufacturing ranitidine or Zantac. Even without introducing nitrites, or enzymes, or heat, or time, the ranitidine tablets studied were found to contain high levels of NDMA.

Zantac has now been removed from the market, but the question is haunting: with all this scientific study about its connections to the cancer-causing NDMA, why did it take over thirty years?

Note: The statements in this blog post are allegations made by plaintiffs in the Zantac litigation. They have not yet been proven in court.