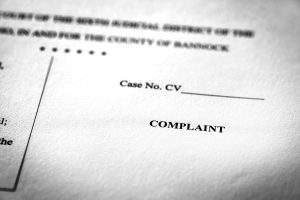 The Master Complaint in the Zantac MDL makes over one hundred pages of allegations against companies involved in the manufacture, sale, distribution, and repackaging of ranitidine, both with brand-name Zantac and its generic equivalents.

Let’s dive in. Before the Master Complaint can even get to the allegations connecting ranitidine to cancer-causing compounds, it must first set out the parties involved.

The Plaintiffs in the Zantac MDL are people who took prescription or over-the-counter (OTC) Zantac or generic ranitidine over a period of time, later developed certain cancers, and then brought a claim for damages. For MDL No. 2924, these plaintiffs must be residents of the United States, and they can include not only the individuals who were diagnosed with cancer, but also the spouses, children, heirs, and estates of other cancer-stricken plaintiffs. The cancers involved include “bladder, brain, breast, colorectal, esophageal or throat, intestinal, kidney, liver, lung, ovarian, pancreatic, prostate, stomach, testicular, thyroid, and uterine.” Master Complaint, p. 5. Other cancers may well be involved in this litigation, and this list should not be taken as exhaustive. The bottom-line is this: if you took Zantac and later developed any cancer, you should have a competent attorney investigate your possible case.

Brand-Name Manufacturers. These are the multi-national pharmaceutical companies that manufactured and sold brand-name Zantac for decades:

Generic Manufacturers. These are the companies that manufactured, marketed and sold generic ranitidine. There are dozens of these companies, from Acic Pharmaceuticals to Zydus Pharmaceuticals (literally A to Z). I won’t list them all here, but you can access all of them in the Master Complaint if interested.

Distributor Defendants. These are the companies that purchase ranitidine products from manufacturers and then sell to Retailers. The following distributor defendants control 92% of the total volume of ranitidine distribution:

So these are the players in the Zantac litigation as identified in the Master Complaint. In Part 2, I will work to simplify the factual allegations involving Zantac and ranitidine, focusing on the key allegations connecting the medication to N-Nitrosodimethylamine (“NDMA”), which is a cancer-causing compound, and which, according to the Complaint, has caused hundreds of thousands of people to be afflicted with many types of cancer.

As always, if you took Zantac or a generic and have further questions, you can always call me to discuss further: 919.546.8788. Good luck.