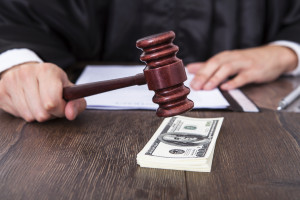 On April 12, 2018, after a four-week trial, the McGinnis family finally got some justice. The jury in New Jersey state court awarded $33 million in compensatory damages. These damages were broken down this way: Ms. McGinnis received $23 million for her specific injuries, medical costs, and pain and suffering, and her husband received $10 million for his derivative “loss of consortium” claim. (Let me add here that loss of consortium claims can be substantial in these kinds of cases, as one of the key mesh injuries is pain during sex, often leading to couples abandoning marital relations altogether. That kind of injury has real value for most couples.)

On April 13, 2018, the jury returned to court to consider whether to impose punitive damages on C.R. Bard. Plaintiffs’ lawyers argued that Bard acted “maliciously” and in “wanton and willful disregard” for the rights of Ms. McGinnis and her husband when Bard placed these flawed products in the market. Ms. McGinnis’ lawyers argued that corporate profits should never take precedence over the health of patients. Again, Bard lawyers countered that Bard complied with industry standards, that $33 million (in compensatory damages) was compensation enough, and that anyway the vast majority of of medical devices reach the market without clinical trials. Therefore, said Bard, the jury should not impose punitive damages.

The jury then awarded the Mary and Thomas McGinnis $35 million in punitive damages. The two-day verdict reached $68 million. Of course it can never repair Ms. McGinnis’ internal injuries, the pain she suffers during intercourse, or her incontinence, but the money may at least provide the best medical care going forward and some comfort as she grows older.

“Most Medical Devices Do Not Undergo Clinical Trials”

As noted above, this was one of the main arguments offered by attorneys for C.R. Bard and the other defendants. Because so many similar mesh products were already on the market, Defendants argued, clinical studies on these new products were not necessary.

This is crazy talk. Clinical testing is critically important for new medical devices. And this is a major problem in our medical device device industry. It goes like this: ‘because this new product, let’s say a metal-on-metal (MoM) artificial hip looks very similar to an older, metal on ceramic hip, we don’t need to test our MoM hip. Let’s just put it on the market now, without testing.’ (Over a decade later, ask the many thousands of people injured by MoM artificial hips whether clinical testing was unnecessary.) The same holds for pelvic mesh, IVC filters, artificial knees, and virtually all other medical devices.

This subject is too important to ignore. If a company wants to sell a product that is to be implanted in a human body, the company should do all that it can to ensure that the product is safe.

Fortunately, the Avaulta and Align mesh products implanted in Mary McGinnis have been taken off the market. But not before thousands of women were severely injured by these flawed pelvic mesh products. Thousands of cases have been filed and more trials are scheduled for 2018 and beyond. I’ll keep you posted.

Note: This post was drafted from review of several news reports on the McGinnis trial.