END_OF_DOCUMENT_TOKEN_TO_BE_REPLACED

The vast majority of artificial hip failures over the past decade involved metal-on-metal (MoM) hip components. These medical devices were meant to revolutionize the artificial hip market. Specifically, the all-metal hip components were intended to last a long time, and much longer than older generation artificial hips using materials like ceramics and plastics, which had a tendency to wear down and “fail” after twelve or fifteen years. Beyond that, the metal-on-metal artificial hips were touted to withstand the rigors of active, athletic patients. It sounded like a terrific advancement in the development of artificial hips. The problem is, the metal-on-metal design did not work, in many cases because the metal acetabular cup and the metal femoral head would grind together day after day, month after month, releasing harmful metal debris (metallosis) into the patient’s body. Far too many people were forced to get revision surgeries a few years after the implant surgery to remove the metal hips.

It turned out to be a disaster for thousands of patients and for several large medical device manufacturers. Depuy and Zimmer, to name just two companies, faced thousands of lawsuits from people injured by the metal-on-metal artificial hips. Many of those cases are resolved or resolving, but many more await settlement or jury trials.

The LFIT V40 Is a Metal-on-Polyethylene Artificial Hip

END_OF_DOCUMENT_TOKEN_TO_BE_REPLACED

Recently I received an encouraging message from a plaintiff in one of the metal-on-metal artificial hip MDLs. “G.S.” is not my client, but a regular reader of this website. I would like to share it: 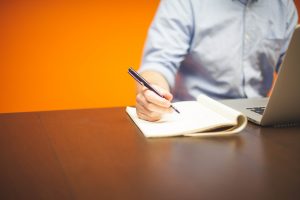 Plaintiffs in metal-on-metal hip (MoM) cases around the country owe thanks to Clay Hodges for his tireless advocacy on their behalf.  Early on, Clay posted an on-line brochure that served as a virtual guidebook for explaining the nature of the cases on how both attorneys and plaintiffs should think about it.  Since then, his articles and posts have provided timely and accurate updates about the litigation when often it was difficult to get reliable news for other sources. And he has done this not just for his clients but all MoM plaintiffs who have agonized to understand this case and what options they might have.   For all of us, he has provided far more than just information, but a genuine sense that someone really cares and is in our corner.

END_OF_DOCUMENT_TOKEN_TO_BE_REPLACED

We’ve previously blogged about Stryker LFIT V40 artificial hip problems, discussing a recall made back in August 2016 and how to tell if you have an artificial hip that’s part of that recall. Since those posts a lot has been going on in courthouses across the country, with dozens of lawsuits popping up from individuals who received affected artificial hips made by Striker Orthopaedics and its subsidiary, Howmedica Osteonics Corporation (HOC).

Just recently, approximately 33 pending lawsuits against HOC were consolidated into a multi-district litigation (MDL). In a way, you can think of this consolidation as a “things just got real” moment for HOC. But what’s the big deal about the Stryker LFIT V40 litigation now being in MDL status? Let’s begin by discussing the underlying lawsuits.

Why Are the Plaintiffs Suing?

END_OF_DOCUMENT_TOKEN_TO_BE_REPLACED

I imagine it can seem overwhelming. Let’s say you had artificial hip surgery in 2011. By 2016 you begin to feel some unusual, new pain. So you Google artificial hip implants and you discover an ocean of words on the many failed artificial hip components that have been sold and implanted (and then failed) over the past decade. Then you run across an article on an urgent recall of  the Stryker LFIT Anatomic CoCr V40 Femoral Head (let’s call it the V40 Head). You have a vague recollection that you were implanted with a Stryker artificial hip back in 2011, but you certainly don’t know if the V40 Head was implanted. So the question for a person like you would be: How do I know if I have the Stryker LFIT Head implanted in my body?

It’s a great question. In fact, you should not be expected to know what precise artificial hip components have been implanted in your body. I had cataract surgery last year, and I don’t have any idea what exact artificial lenses were implanted in my eyes. I hope I don’t ever have to figure out what product they actually are. But back to you. Here is a simple procedure you should follow if you need to find out if a medical device like the V40 Head is currently implanted in your body:

END_OF_DOCUMENT_TOKEN_TO_BE_REPLACED

Total hip replacements are becoming more popular. Between 2000 and 2010, the number of individuals aged 45 years and older receiving total hip replacements more than doubled, rising from 138,700 to 310,800. One of the reasons for the increase is a result of medical and technological advancements in hip replacement surgery and artificial hip components.

Unfortunately, not all artificial hips have performed as intended, resulting in serious complications for many patients. I have written often about failed artificial hips on this site. One such example has occurred with the Stryker Orthopaedics’ (Stryker) LFIT V40 femoral head. On August 29, 2016, Stryker issued a voluntary recall for this particular hip replacement product. If you or someone you know may have received this hip replacement product, there are certain things you need to know.

This isn’t the first time Stryker has had a problem with its hip replacement products. Back in 2012, Stryker recalled its Rejuvenate and ABG II modular-neck hip stems. However, the current recall concerns the LFIT Anatomic CoCr V40 Femoral Head (V40 femoral head).

END_OF_DOCUMENT_TOKEN_TO_BE_REPLACED

Artificial hips have been failing for years now.  The effort in the last two decades to build and market a metal-on-metal hip that might last the patient’s lifetime has not been a success.  The manufacturers were too quick to move the new metal hips to market, and using the flawed 510(k) fast-track process, they did not test the devices sufficiently to understand the risks.  As a result, thousands of people suffered through hip replacement surgery failure and had to undergo revision surgery, just months or a few years after the original surgery.  Because of these hip failures, thousands of lawsuits have been filed.  The litigation continues for many people, and will continue for years.  Still, because most of the failed medical hip products were recalled or taken off the market years ago, the litigation is plainly winding down with several of these artificial hip devices.  So what’s still going on?  And what does this mean for you?