Total hip replacements are becoming more popular. Between 2000 and 2010, the number of individuals aged 45 years and older receiving total hip replacements more than doubled, rising from 138,700 to 310,800. One of the reasons for the increase is a result of medical and technological advancements in hip replacement surgery and artificial hip components.

Unfortunately, not all artificial hips have performed as intended, resulting in serious complications for many patients. I have written often about failed artificial hips on this site. One such example has occurred with the Stryker Orthopaedics’ (Stryker) LFIT V40 femoral head. On August 29, 2016, Stryker issued a voluntary recall for this particular hip replacement product. If you or someone you know may have received this hip replacement product, there are certain things you need to know.

This isn’t the first time Stryker has had a problem with its hip replacement products. Back in 2012, Stryker recalled its Rejuvenate and ABG II modular-neck hip stems. However, the current recall concerns the LFIT Anatomic CoCr V40 Femoral Head (V40 femoral head).

Not every V40 femoral head is being recalled. The recall includes those manufactured before 2011 that have the following catalog numbers and sizes:

Stryker has observed that a higher than expected number of its V40 femoral heads are malfunctioning due to a failure in the taper lock. The taper lock is the part of the hip prosthesis that connects the femoral head to the stem. When the taper lock fails, various symptoms can result, such as:

These symptoms can be caused by any of the following:

These are just some of the possible symptoms and hazards associated with a failing V40 femoral head. Two of the more serious issues are metallosis and disassociation of the femoral head from the stem.

How Can These Issues Be Fixed? 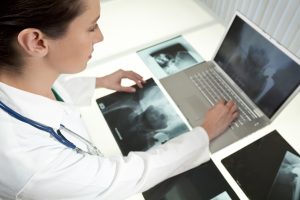 If you are the recipient of a Stryker LFIT V40 femoral head subject to this recall (or believe you may be), you should see your orthopedic surgeon as soon as possible, regardless of whether you’ve experienced problems with your hip replacement.

If you have suffered some of the symptoms described in this blog, you may want to consider having your situation reviewed by a competent product liability attorney. You may call me at 919-546-8788 or send me a message. Either way, good luck.