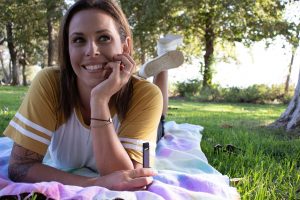 Like many parents, vaping and e-cigarettes caught my wife and me by complete surprise. Two years ago we asked our oldest child how many kids he knew in his high school who were vaping. He said, “it will be much faster to list the kids who aren’t vaping.” We were stunned. We knew very little about vaping, and at the time I assumed it was some kind of fringe product used by adults already addicted to nicotine.

Unfortunately, studies indicate that one in five high school kids have tried vaping, but in my unscientific observation I believe the number is higher. Still, there are more than fifteen million kids in enrolled in public high schools in this country, so even if the number is “only” one in five, this means over three million public high school children have either tried or are currently using vaping products like JUUL.

What we do know is that e-cigarettes are extremely popular and profitable for the companies selling the devices. The primary manufacturer, marketer, and seller of these vaping devices is a company called JUUL Labs, Inc.

So What Is Vaping?

Vaping consists of using an electronic device called an “e-cigarette” to heat a liquid (“e-liquid”) which creates a vapor the user inhales. This vapor or aerosol contains nicotine, the same highly addictive drug found in cigarettes, cigars, and chewing tobacco. The e-liquid can come in many flavors, such as mango, menthol, bubble gum, cinnamon, cucumber, and tobacco.

The electronic device can resemble an actual cigarette, a USB flash drive, a handheld tank, or even an “e-pipe.” 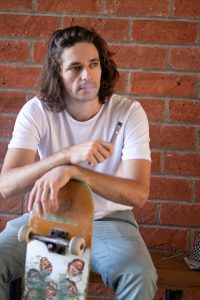 In a word, yes. For starters, it is (apparently) an easy delivery system for nicotine, and because of that millions of Americans, including children, are now newly addicted to nicotine. Which is not good. Second, the use of nicotine elevates blood pressure, increases heart rate, and can increase the likelihood of having a heart attack. Third, a recent study from Stanford University concluded that e-cigarette flavorings can damage blood vessels even without the presence of nicotine. Cinnamon and menthol flavors were found to be most harmful. The Stanford Study ultimately concluded that vaping increases the risk of cardiovascular disease. Fourth, the science has simply not caught up with the massive popularity of the vaping devices. What are the long-term health effects of heating the flavor chemicals into a vapor, and then inhaling that vapor? We don’t yet know; but we do know that this aerosol is being inhaled into the lungs over and over again, and most scientists and doctors studying e-cigarettes and JUUL products agree that vaping is not safe and potentially very harmful.

Recently, news outlets have reported serious lung ailments in people using JUUL and other vaping devices. Adam Hergenreder is an eighteen-year-old in Illinois who was recently diagnosed with a lung illness after using vaping products for more than a year. Doctors told him he now had the lung condition of a seventy-year old. CNN reported that there are more than 450 cases of lung illness associated with e-cigarettes and vaping devices across the country.

In fact, the FDA and even the White House are getting involved. Reports this week state that flavored vaping “pods,” which are most popular with children, may soon be banned in the United States.

Is JUUL to blame?

JUUL Labs is now working feverishly to distance itself from the epidemic of children newly addicted to nicotine. Nevertheless, many consumer groups have reported that JUUL and other e-cigarette makers actively targeted children through its marketing campaigns promoting flavored vape products such as mango and bubble gum.

What is not in dispute is that thousands of children and young adults are now addicted to nicotine solely because of vaping products. That is a shameful and unacceptable result. And JUUL Labs, maker of the most popular vape product, deserves plenty of blame for this unnecessary wave of nicotine addiction.

Do I Have a Lawsuit Against the Vaping Companies?

Quite possibly. Cases have already been filed against JUUL and other e-cigarette manufacturers involving individuals who were injured and hospitalized after using vape products. A multi-district litigation (MDL) site to handle the wave of vaping product lawsuits is inevitable. If you or your child used JUUL or other vaping devices over several months and were later diagnosed with cardiovascular disease, seizure, lung illnesses, breathing problems, stroke, nicotine poisoning, or other health problems, call me to discuss your options: 919.546.8788.

And for your own good health, try your best to stop vaping today.