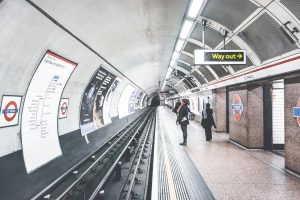 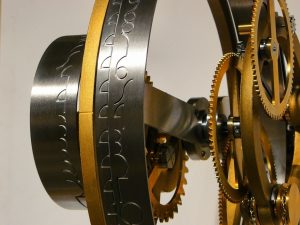 I wish I had better news, but it takes a long time. Any civil litigation takes time. There are “rocket dockets” scattered across the country that work really hard to dispose of cases in a matter of months or a year, but those courts are the exception. Even a basic breach of contract action in your state’s court can take two years or longer to resolve.

A product liability case is a particularly complex type of civil litigation. It is very difficult to prove that a product was defectively designed, or that a manufacturer failed to warn patients and their doctors of the risks involved in using a product. Often competing experts will spend many hours and many dollars fighting over these technical issues. This is one reason MDL courts were formed in the first place. Multidistrict litigation sites are designated precisely to resolve of hundreds or thousands of cases more efficiently, not less efficiently.

That said, there is just no other way to say it: a case that finds its way to a multidistrict litigation court will probably take several years to resolve. So settle in. The biggest reason is this: there is simply a lot to do. Both sides need to engage in general, “shared” discovery, where the plaintiffs will depose the defense experts and fact witnesses, and the defendants will depose the plaintiffs’ expert and fact witnesses. Aside from that, often hundreds of thousands of pages of medical records, expert reports, scientific studies, and business records must be reviewed and analyzed. Dozens of pretrial motions are filed, and all must be ruled on by the MDL judge. It simply takes months and years to get through this work. Meanwhile, Bill, and thousands of people just like him, wait.

The waiting game is not limited to artificial hips, but includes all kinds of medical devices and harmful drugs. The Mentor ObTape Transvaginal Mesh MDL was formed eight years ago and is still going strong in Georgia. The Depuy Pinnacle Hip MDL was formed almost six years ago, and bellwether cases have been tried this year, with no settlement agreement in place. There are multiple IVC Filter MDLs, as well as MDLs for the drugs Risperdal, and testosterone, and Xarelto, and Viagra.

Every Case a Snowflake

Still, every single case that has ever been filed in any court is unique. The facts in each case are different. The parties involved are different, and the lineup of lawyers and judges and juries are different. Occasionally a person may find her case transferred to an MDL the week before a global settlement is reached. If she accepts the terms of the settlement, she may actually resolve her case in a few months. Other individuals may not qualify for a settlement based on the timing of their Revision Surgery, and they will be forced to resolve their cases one at a time without the benefit of a settlement structure. And other people, like Bill, will choose trial, which can take more years of waiting to calendar, to try, and to overcome the inevitable appeals.

Is all this waiting and effort worth it? I would say absolutely. If you were injured by a company’s negligence, you deserve to be compensated. Even if it takes years.

Note: The narrative above does not refer to any specific person or case.