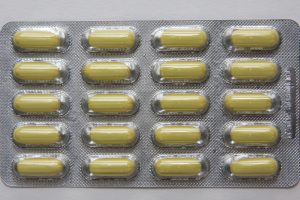 Risperdal is an anti-psychotic drug that was approved for limited use in 1993 to manage the symptoms of schizophrenia. According to multiple sources, in the years that followed Johnson & Johnson pressed the FDA for approval to treat other conditions, such as bipolar disorder and autism, and to permit use in children. Risperdal was soon prescribed for adults and children to treat attention deficit hyperactivity disorder, anxiety and depression. Treating these conditions using Risperdal is considered an “off label” use, which is the use of a drug in a manner unapproved by the FDA. Off-label use could involve using a drug to treat a condition which is not authorized by the FDA, or prescribing the drug to an unapproved age group. Shockingly, Risperdal has had horrific side effects in children. Among other symptoms, Risperdal can cause the growth of female breasts in male children, a condition known as gynecomastia. I have written about Risperdal often in this blog. You can check out those articles here.

The Case of Andrew Yount

Andrew Yount is a boy from Tennessee who was prescribed Risperdal in 2003 to treat attention deficit hyperactivity disorder (ADHD) and oppositional defiant disorder. At the time the FDA had not approved the drug for use in treating behavior disorders in children. Andrew was just five years old when he began taking the drug. A year after taking Risperdal, Andrew grew female breasts.

Andrew Yount is now in his late teens. He has had to deal with this embarrassing disfigurement for most of his life.

At trial, the lawyers for Andrew and the Yount family argued that Janssen Pharmaceuticals and its parent company Johnson & Johnson were aware of the risks of children growing female breasts but worked to downplay the risk involved. Despite the data showing a connection between use of Risperdal and the growth of female breasts in vulnerable boys, Janssen and Johnson & Johnson kept pushing the prescription to doctors and parents and children.

What the Jury Saw 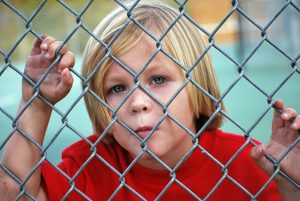 The jury reviewed the evidence and concluded that Janssen and Johnson & Johnson failed to warn the Yount family about the risks of taking Risperdal. The jury also seems to have concluded that the defendant companies intentionally buried or falsified scientific evidence showing a link between Risperdal and gynecomastia. If this is true (and evidence supports the view), then it represents hideous behavior from the companies. The jury in the Yount case clearly saw this horrific corporate behavior and awarded Andrew Yount a huge monetary award. But just as likely, the jury got angry and awarded this money as a signal to Johnson & Johnson that this kind of corporate greed will be severely punished. The hope is that jury verdicts like this one will discourage Johnson & Johnson and all pharmaceutical companies to recommit to developing and testing and marketing safe and effective drugs.

Naturally, Janssen and J&J have stated they will appeal the verdict.

I wrote about the Austin Pledger trial from last fall, which resulted in a $2.5 million verdict and which you can read about here. Other Risperdal trials have yielded jury awards ranging from $500,000.00 to $1.75 million. One jury trial ended in a defense verdict for Janssen and Johnson & Johnson, though I would not put much stock in that outcome, as plainly the plaintiffs are winning many more of these cases than they are losing. After this latest huge loss in the Yount case, Johnson & Johnson would be wise to consider settling many of the more than 1,500 cases still in the pipeline. Another Risperdal case goes to trial in Philadelphia later this month. I’ll let you know how it turns out.

For much of my life I have mainly believed that pharmaceutical companies develop and market drugs with the overarching goal to improve and extend the lives of patients. But this is not always the case. Sometimes a company can become blinded by greed. Companies may then push an untested drug onto the market, or even sell a drug it knows to be unsafe. So be skeptical. Do some research. Ask your doctor many questions about the latest drug she wants to prescribe for you or your child. Get a second or a third opinion. You can never eliminate all risk, but you can at least learn how a product reached the market, whether it was adequately tested, and even whether lawsuits have been filed against the drug maker.

Photographs for illustrative purposes only.