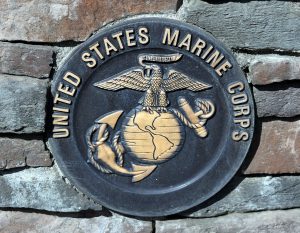 It’s been known for a while now that many members of our armed forces and their families were exposed to toxic chemicals from the drinking water at Marine Corps Base Camp Lejeune (Camp Lejeune). Right now, getting compensation for injuries that resulted from the toxic water exposure is limited.

However, a new law will hopefully change that. The purpose of this blog post is to answer some questions you might have about your rights concerning health issues stemming from contaminated water at Camp Lejeune.

1. What Chemicals Contaminated the Water at Camp Lejeune?

END_OF_DOCUMENT_TOKEN_TO_BE_REPLACED

Marine Corps Base Camp Lejeune (Camp Lejeune) is an important military base and training facility for the U.S. Marine Corps. Located on the coast of North Carolina, many Marines and their families have spent extended time at this base. In fact, before law school I was an English instructor at Coastal Carolina Community College, located just a few miles away from Camp Lejeune. I taught hundreds of students who were active-duty Marines or Marine-dependents, and many of them lived or worked on the base.

However, from at least August 1, 1953 to December 31, 1987, many of the base residents were likely exposed to toxic chemicals from the drinking water. And this exposure has potentially led to a variety of serious medical issues, including death.

But for the time being, taking legal action for injuries relating to toxic water exposure at Camp Lejeune has been impossible. But the likely enactment of a new federal law should change that.