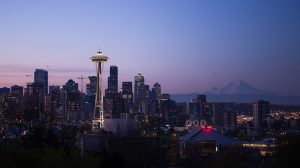 The State of Washington asked the court to “decree” (to determine, conclude) that Johnson & Johnson engaged in all the bad acts listed in the complaint. It also asked that the court find that J&J engaged in “unfair and/or deceptive acts” in violation of that state’s consumer protection laws. Washington then asked for a permanent injunction which would prohibit Johnson & Johnson from selling transvaginal mesh products in Washington. It also asked for civil penalties for every violation of state law. And finally, Washington asked for “restitution to consumers.”

The Complaint is captioned: State of Washington v. Johnson & Johnson, et al. (Wash. Super. Ct., King Cty.), and is worth reading if you have the time. 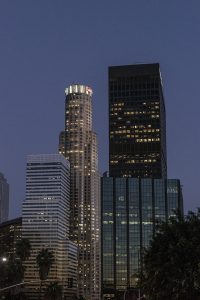 Kamala Harris, Attorney General for California, also filed suit on behalf of California on May 25, 2016. Attorney General Harris stated that Johnson & Johnson sold almost 800,000 pelvic mesh devices nationwide between 2008 and 2014. According to AG Harris, 42,000 mesh products were implanted in California women during this period. On behalf of the citizens of California, Harris sued Johnson & Johnson, alleging false advertising and deceptive marketing of its transvaginal mesh. The lawsuit alleges that J&J failed to inform patients and doctors of possible severe complications and misrepresented the frequency of these risks.

Remarkably, despite more than a hundred thousand serious injuries, thousands of lawsuits, millions paid in jury verdicts and settlements, Johnson & Johnson still contends the mesh product is safe and is the preferred treatment for certain female health issues. According to the Wall Street Journal, Johnson & Johnson responded to the states’ lawsuit by stating, “the use of implantable mesh is often the preferred option to treat certain female pelvic conditions . . . .” As I’ve said before on this site, this blanket denial is a dangerous game for Johnson & Johnson to play, particularly when intentional misrepresentations are alleged.

An injured person often feels powerless when facing a huge corporation like Johnson & Johnson. And rightly so. No individual, standing alone, can absorb a long legal fight in the same way that a multi-billion dollar corporation can. But when a state gets involved, the fight gets fair. California and Washington can bring the full power of the state to the legal fight against J&J. These lawsuits are therefore a huge step forward in protecting women against future pain and injury from transvaginal mesh. I will keep you posted on key developments in both cases.

Note: Again, I am no doctor. Please call your doctor if you have transvaginal mesh implanted in your body and you have concerns about your health. The information in this post comes mostly from the State of Washington’s lawsuit, which is a public document. I encourage you to review it carefully for further information.