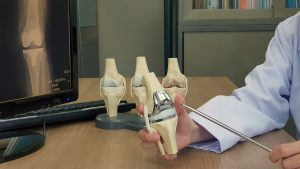 Exactech Inc. (Exactech) is a company that makes various products to repair or replace joints in the human body. Some of Exactech’s biggest selling products have been replacement joints for hips, knees and ankles. Unfortunately, there have been some problems with certain products suffering from premature wear and other issues. This has led to some patients getting revision surgery to fix the issue and repair damage caused to the human body. Exactech has also started various product recalls involving certain knee, ankle and hip implants. I have prepared the following Exactech FAQs so you can learn more about this problem and what to do if you’re affected.

1. What Exactech Products Have Been Recalled?

The recall involves two groups of products. The first group relates to certain batches of Exactech’s Connexion GXL acetabular hip liners. The second group relates to specific ankle and knee polyethylene liners and inserts, many of which were manufactured in 2004 or later. Some of these products have been sold under the following brands:

END_OF_DOCUMENT_TOKEN_TO_BE_REPLACED 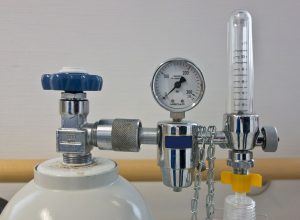 Before we talk about Exactech liners and defective packaging, we need to talk about oxygen. Oxygen is necessary for human life, but it’s a fairly reactive chemical element. We don’t think of oxygen as damaging but it can be very reactive. A perfect example of how reactive oxygen can be is fire. Get most things hot enough and they’ll start to react with the oxygen in the air and oxidize rapidly. In other words, they’ll start to burn.

This reactivity many things have to oxygen is one of the major reasons why there’s a recall for Exactech’s hip, knee and ankle implants. No, they don’t catch on fire, but they may have been exposed to too much oxygen before implantation. This could lead to premature wear, damage to bones and the implant breaking while inside the body.

How did the implants come into contact with too much oxygen? It appears to be the result of faulty packaging. Let’s take a closer look at what was wrong with the packaging and why that has allegedly led to problems with the Exactech implants.

END_OF_DOCUMENT_TOKEN_TO_BE_REPLACED 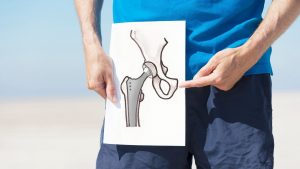 Several years ago I wrote a blog post for my product liability website where I encouraged medical device manufacturers to put me out of business. What I meant by writing that article was to say that I would be happy as a lawyer to move on to other practice areas on the day that medical device companies properly tested their medical devices before they put them on the market, ran the appropriate clinical testing, carefully reviewed the studies that came back, monitored the patients who receive the medical devices, and didn’t misrepresent the products in their marketing and advertising materials.

And if all that occurred and product defect injuries dropped through the floor, then I would happily stop practicing product liability litigation and move on to other practice areas. Or go work at my neighborhood bookstore (Quail Ridge Books).

But I also said in that article that it’s unlikely that I would be changing my line of work any time soon, and that was six years ago. And here we are, today, and it’s still the case that there is plenty of work for me to do.

END_OF_DOCUMENT_TOKEN_TO_BE_REPLACED 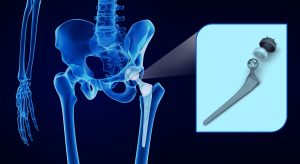 Earlier I wrote about how Exactech was recalling many of its ankle, hip and knee liner implants. These recalls were based, at least in part, on several studies about how these implants could suffer from premature wear. This could then require patients to need revision surgery (surgery to repair problems from an earlier surgery) to fix the defective artificial joint.

In this blog post, I’ll take a look at some of these studies and try to explain what these studies found, what their findings mean and why they prompted Exactech to initiate these recalls.

The Materials Used in the Hip, Knee and Ankle Inserts or Liners

END_OF_DOCUMENT_TOKEN_TO_BE_REPLACED

Exactech Inc. (Exactech) began as a company in 1985 and focuses on developing products for joint replacement. Many of Exactech’s products are used for ankle, knee and hip arthroplasty (surgery to repair or replace a joint in the human body).

Many of Exactech’s joint replacement products have performed well and improved the lives of patients. But over the last fear years, Exactech has learned from multiple studies that some of its ankle, knee and hip products can suffer from premature wear or other problems. Many of these issues could result in the need for patients to undergo revision surgery to replace the device and repair any damage it may have caused to the bone and/or soft tissue.

Exactech has initiated various recalls in response to these problems. The purpose of this blog post is to provide a brief overview of which products have been affected, what’s wrong with these products and what you can do if you’ve had one implanted into your body.

END_OF_DOCUMENT_TOKEN_TO_BE_REPLACED 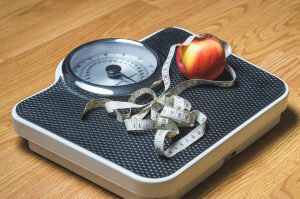 END_OF_DOCUMENT_TOKEN_TO_BE_REPLACED

Are you one of the almost 5 million Americans who have had total knee replacement or arthroplasty? This surgery is intended to resolve chronic knee pain, often due to rheumatoid arthritis, and restore mobility and quality of life. But sometimes, knee replacements go all wrong. One recent example is the Depuy Synthes Attune artificial knee.

The DePuy Synthes Attune artificial knee is marketed as an “innovative, comprehensive, integrated knee system” that provides stability, strength, and a greater range of motion post-surgery. This novel design was created to be a better approach to traditional knee replacements. But many people have experienced complete failure of their Attune knees shockingly soon after surgery.

END_OF_DOCUMENT_TOKEN_TO_BE_REPLACED 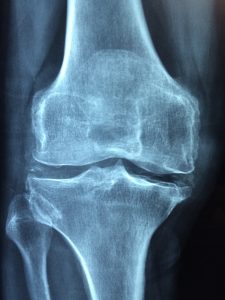 The Zimmer NexGen artificial knee has been causing patients much pain and suffering over the past decade. Zimmer first instituted a recall of one group of NexGen components in 2010, and there have been other recalls in the years following. Many patients with the NexGen knees have suffered pain and an inability to maintain normal physical activity. The lawsuits of course followed.

In August 2011, to handle the growing number of lawsuits over the NexGen knee, a multidistrict litigation (MDL) site was formed in Chicago, Illinois and assigned to federal district court judge Rebecca Pallmeyer. The MDL is titled: In Re: Zimmer NexGen Knee Implant Products Liability Litigation, No. 2272 (1:11-cv-5468).

The overarching requirement to participate in the MDL is (1) to prove implantation of the Zimmer NexGen knee components (with product stickers from the original surgery), and (2) to show through the medical records clear evidence of loosening. Loosening is when the artificial knee components begin to move in the patient’s leg and separate from the bone. This is not good. Loosening can be very painful. A loose artificial knee will cause major complications and eventually require replacement and revision surgery. When a patient complains to an orthopedic surgeon about knee pain after a total knee arthroplasty, the doctor will order an X-ray. The doctor will look for radiolucent lines, which are spaces between the artificial knee component and the patient’s bone. Essentially, small gaps occur because the medical device is not implanted tightly or securely to the bone. These spaces can cause serious problems for a patient with an artificial knee, and can be the first signs of an artificial knee failure. The spaces often fill with fluid or tissue which can cause additional loosening of the medical device.

END_OF_DOCUMENT_TOKEN_TO_BE_REPLACED 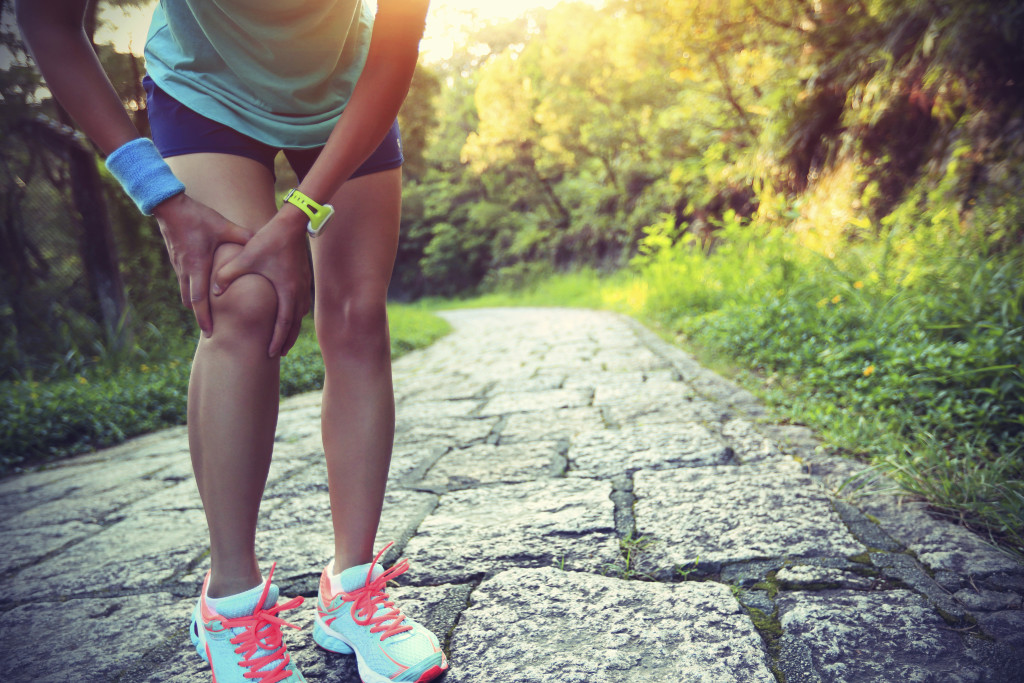 “The Most Anatomically Accurate Knee Implant”

In 2012, medical device manufacturer Zimmer, Inc. introduced the Persona artificial knee to the public with lofty language.  Zimmer announced that the company was “redefining knee arthroplasty and ushering in a new era of personalization with the introduction of the Persona Knee.” Zimmer stated on its website that by “working with more than 50 of the world’s most respected orthopaedic surgeons, and utilizing analytics from both genders and 1,500 different bone types from 26 different ethnicities, Zimmer was able to create the most anatomically accurate knee implant.”

The reported advantage of the Persona knee system, according to Zimmer, was that it would give surgeons several component options for each patient and each surgery, thus assuring a tailored fit for the patient.  Again, from Zimmer: “the result is an implant system that addresses the unique needs of the patient and accommodates surgeon-specific preferences — all while empowering surgeons to minimize “trade-offs” and better optimize results.”  Sounds great, doesn’t it?

Zimmer sold the Persona knee from November 2012 through March 2015.  A lot of them.  But bad things began to happen.  People began reporting pain and other symptoms, including loosening of the knee components inside the leg.